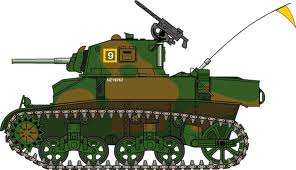 I read that the Turkish top brass have resigned en-masse. Is this a sign that the days of military coups are over or an indication of trouble to come? In a mature democracy elected leaders appoint the military leaders not the other way round. The New York Times has published a piece on this unprecedented event. The article itself is well balanced as would be expected from a well respected newspaper. However, the comments from some of the readers show a staggering level of ignorance.

Also from across the pond, An American think tank, the University of New York Centre for Global Affairs, has just published a report of its predictions for Turkey’s political situation by 2020. They see three possible scenarios emerging:

The Justice and Development Party (AKP) consolidates its power by capitalizing on the weakness of the secularist opposition, responding to the demands of the conservative urban lower-middle class, and building an alliance with the Islamist Felicity Party (SP). By 2020, Sunni Islam is the most powerful force in domestic and foreign policy, to the exclusion of minority views.

The AKP faces socio-economic challenges, increasing resistance to its Islamist tendencies, and a deteriorating security situation. This creates an opportunity for the Republican People’s Party (CHP) to come to power, with the support of the military and the National Movement Party (MHP). The new coalition espouses a strong, secure, and secular Turkey. In pursuing these goals, however, it tends toward authoritarianism.

The AKP loses support when it fails to mitigate Turkey’s socio-economic problems. Dissatisfaction prompts civil society and political parties to begin coalescing around new approaches to the economy, corruption, regional development, and governance. Politics becomes more competitive, forcing parties to compromise in order to build governing coalitions, and the polarization between secularist and Islamist forces gives way to pragmatism.

Their analysis, it seems, is that Turkey may slide towards religious authoritarianism or secular repression or become more democratically progressive. Talk about covering all the bases. I’m no political pundit but really, I could have come up with this myself on the back of a fag packet. To think people pay good money for this. I’m in the wrong game. Should we be worried? Don’t ask me.

Be Care What You Wish For