Every year I get a statement from the British Library setting out how many times Perking the Pansies has been borrowed from UK libraries. This is followed some time later by a payment. It’s only pennies per loan but it’s nice to know my camp old nonsense isn’t gathering too much dust 11 years after it was published.

What’s an even bigger surprise is that the book is available to borrow in Antwerp (Belgium), Illinois and New York state (USA), Auckland and Wellington (New Zealand) and Victoria and New South Wales (Australia).

But what is my camp old nonsense doing in the library of Harvard University? Blimey! 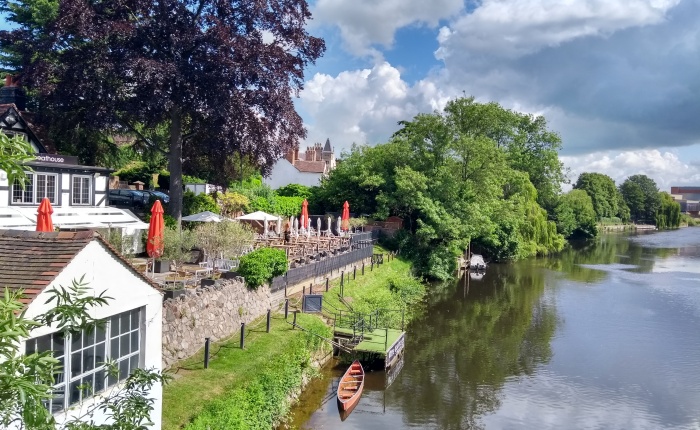 One thing we confirmed during our cheery jolly to Shrewsbury is that, according to Salopians (as Shropshire folk are called), it’s pronounced Shroosbury, as in ‘Taming of the…’. We also discovered that it’s tranquil, polite and stuffed with interest – from amazing ‘olde worlde’ architecture along Dickensian streets with quirky names to match to an embarrassment of watering holes and eateries to suit all tastes and pockets. And rain didn’t stop play – well this was the wet West Country (or rather the West Midlands as pointed out by an old friend – you know who you are). It’s west of East Anglia so that’s good enough for me. In fact, the number of Welsh accents we heard almost convinced us we were actually in Wales.

After a good old gander round the narrow streets and little lanes, we happened upon ‘The Nag’s Head’, a bijou pub on Wyle Cop (yes, that’s the name of the street) to be welcomed by an old codger at the bar supping Guinness. He said…

I knew you were comin’ so I put ABBA on.

‘Dancing Queen’ was followed in quick succession by Freddie Mercury, Elton John and George Michael. As Liam slurped his large Merlot, I googled ‘gay bars in Shrewsbury’ and guess what came up? Yep, The Nags Head.

Britain’s longest river, the Severn, wraps around Shrewsbury like a leafy boa (very much like Norwich’s Wensum) which presumably provided an effective defence against the marauding Welsh way back when. These days the calm waters provide a pleasant riverside stroll and opportunities for a tipple or two on sunny days.

Day two was spent in lovely Ludlow, a genteel medieval, Tudor and Georgian assortment sitting on top of a hill overlooking rolling Shropshire countryside. Poet Laureate John Betjeman described Ludlow as ‘probably the loveliest town in England’ and we could see why. The sun poked through the clouds for market day and judging by the posh merchandise on offer, we knew Ludlow was a notch or two above. The town is famous for food so, after a good look around, we settled on delicious Thai for lunch provided by an Anglo-Thai gay couple. We seem to have a nose for the gay thang.

So that was Shrewsbury and Ludlow. Are they on the leader board for our dotage? Shrewsbury certainly, Ludlow less so. Lovely as it is, I don’t think we’re nearly posh or genteel enough.

Little ol’ Norwich has been voted as one of the top twelve places to live in the UK according to the Sunday Times (as reported in our local rag, The Norwich Evening News). And then Time Out London did a full page spread praising Norwich as one of the happiest cities in the realm. The magazine recommends a few places we know well – The Grosvenor Fish Bar (voted as one of the best chippies anywhere), Wild Thyme for the veggies (but sadly out of action right now due to an inconvenient fire), The Plough (prettiest beer garden in the city), The Playhouse Bar (for an arty student vibe) and Strangers Coffee House (they have their own roastery). I could’ve written the piece myself. 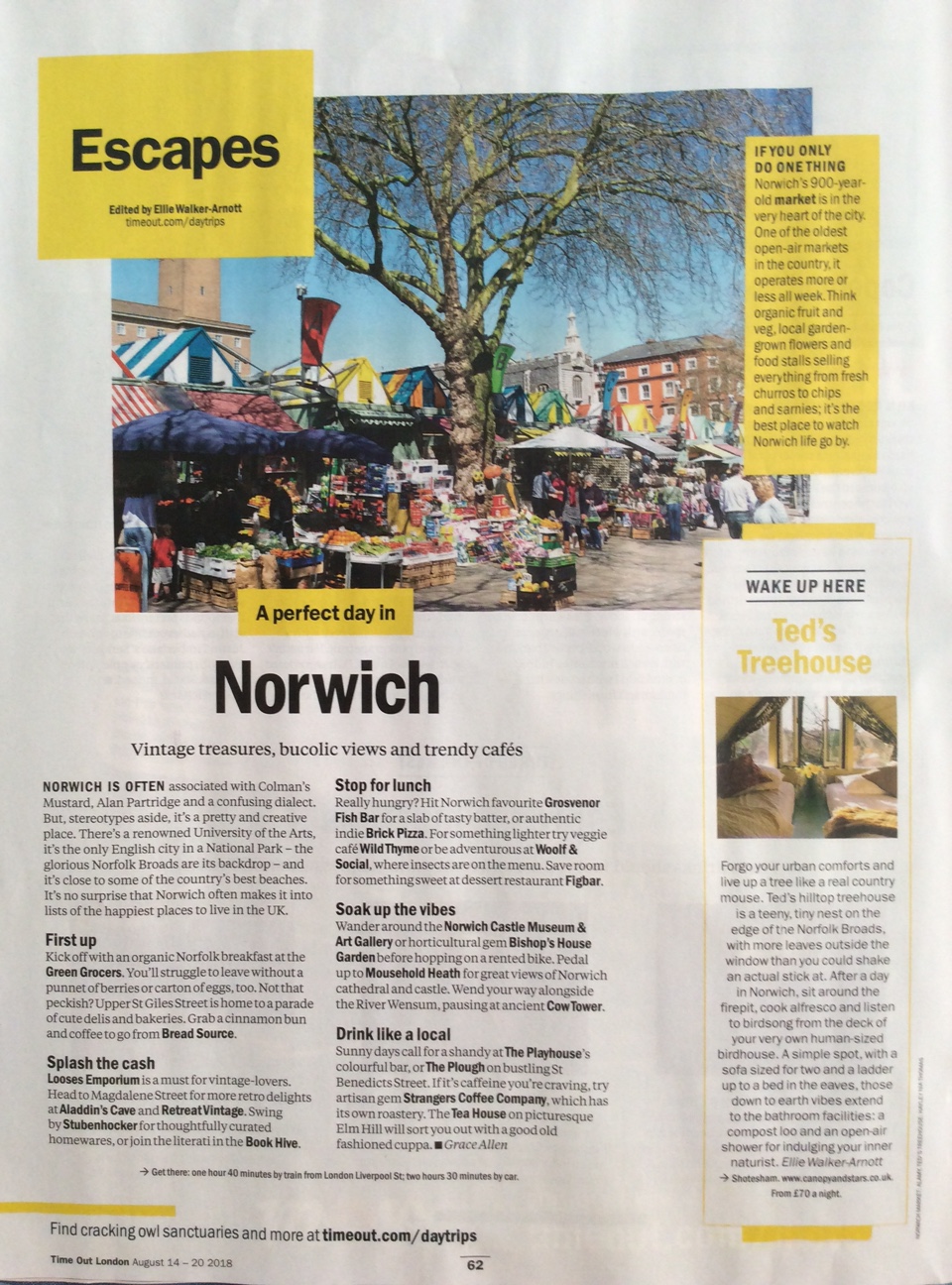 So why are we thinking about laying our cloth cap in God’s Own Country when the time is right? Well, we like it Oop North and, as we shuffle towards our twilight years, it pays to be on the right side of God. Just in case.

Time Out page courtesy of – you know who you are! 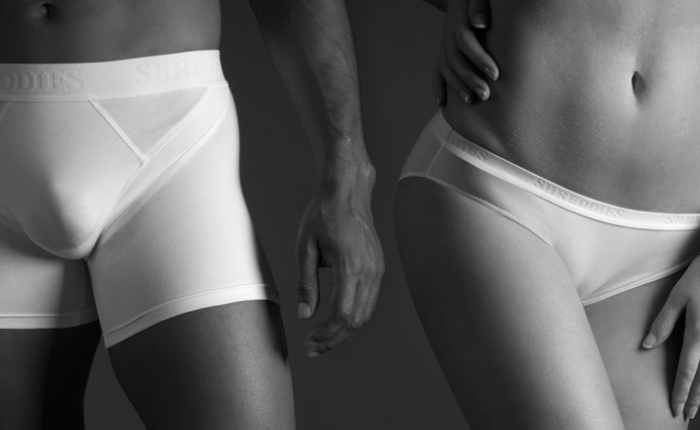 To (badly) quote the glorious Victoria Wood, you know you’re getting old when you walk past a shop window displaying a pair of Scholl sandals and think to yourself Ooh, they look comfy. I had a similar revelation when I was thumbing through an Independent on Sunday glossy supplement and came across an advert for flatulence filtering underwear called Shreddies. And there was me thinking breakfast cereal made from wholegrain wheat. But then too much bran can brew a lusty whiff, so perhaps that’s the association. And while we’re on the subject of our grey days, why are the models advertising a product obviously targeted at the winking-sphincter brigade, young and lithe with rings of steel?

Norwich is a retiring kind of town, the perfect place to hang up your boots. The micro-loft is the ideal roost, a lift just wide enough for a mobility scooter (I fancy a tiffany blue number with a harlequin shopping basket in fuchsia), tiny bills that won’t break the piggy bank and a small enough footprint to make light work of domestic drudgery. We’re spitting distance from the local quack for all those inconvenient ailments that get us all in the end. The medical centre comes with a handy on-site Boots for the pills and potions that will keep us going beyond our three score and ten (fingers crossed). And, when one of us does drop off the perch, the Co-operative funeral parlour is right next door (I hear they do a lovely spread, or is that spread you out lovely?) with the Samaritans opposite for the grieving widower. Should either of us try to hedge our bets by finding Jesus at the last minute, we’ve got a church on the corner. Amen to that.