Liam and I are taking a little jolly to Shrewsbury (pronounced Shrowsbury or Shroosbury – we’ve not sure which) and Ludlow (definitely pronounced Ludlow) to see if west country living might fit the bill for our dotage. Knaresborough in North Yorkshire is still at the top of the leader board but it pays to shop around. It’ll be a quick gander round the streets before retiring to a local hostelry to compare notes and house prices. In the meantime, by way of an intermission, I give you a few snaps of our Norwich life taken as we went about our business. I spy Roving Jay at one of our occasional boozy bloggers’ conventions. Enjoy! 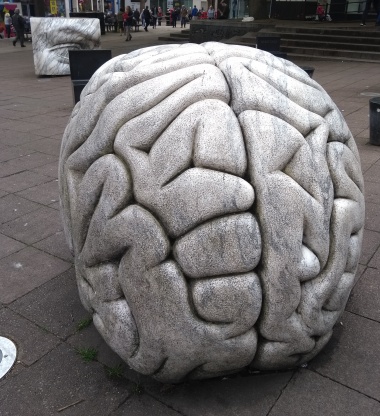 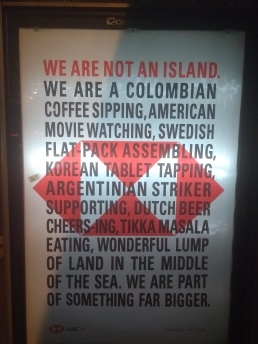 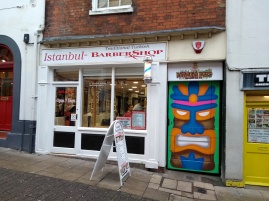 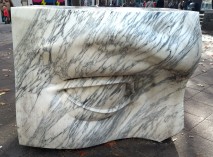 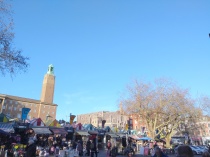 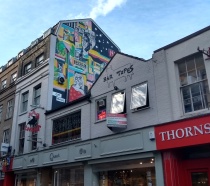 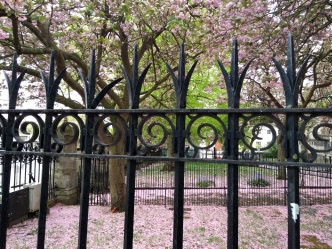 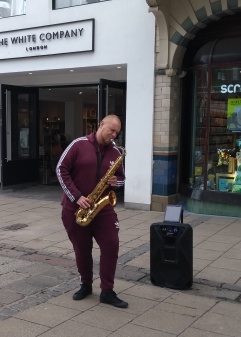 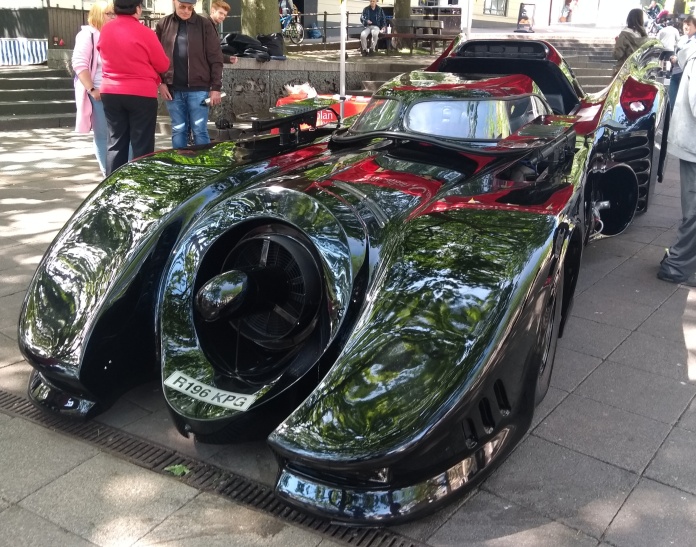 The heatwave is just a distant memory and autumn is here. The mugging sun has given way to pearly skies and so, before we whack up the heat, roll out the winter duvet and drop into hibernation, we decided on another northern recce. Last year, we spent a few boozy days in Leeds with a whistle stop at Knaresborough thrown into the mix. We were so enamoured with the little town, this time we lodged there for a few days to get a fuller flavour. I was also on a mission to catch up with an old friend I hadn’t seen for more than a decade. She got hitched in nearby Harrogate in 2004 and I attended the nuptials. After our last jaunt, I discovered she now lives in Knaresborough with her beau and assorted kids. I kicked myself for not catching up at the time and I wasn’t about to make the same mistake.

And catch up we did with a vengeance – at a local hostelry when we arrived, for a slice of Victoria sponge down by the river Nidd the next day and a home-cooked lamb roast the evening after. We nattered, we drank, we laughed. The organised chaos of family life was pure joy.

Ramped to the rafters with independent shops and watering holes, Knaresborough has been little troubled by the relentless march of corporate chains dominating most high streets these days. Long may that be so. We also jumped on a bus to handsome Harrogate for a spot of lunch. The Victorian town is uber-elegant but a bit too coiffured for my liking – more set, blow and dry when compared to Knaresborough’s quirky curls.

And so to the snaps… 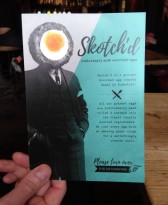 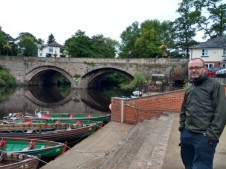 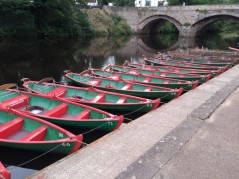 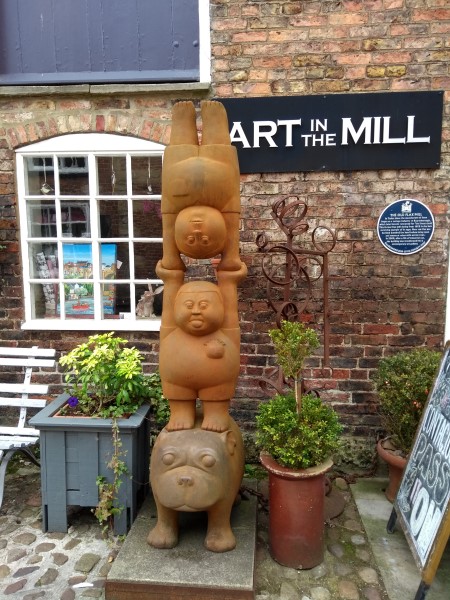 It rained a bit. Well that’s the north for you. When circumstances allow, we could be looking for somewhere new to lay our cloth caps. The little batty and tatty town is still at the top of the leader board. I might even get a whippet. 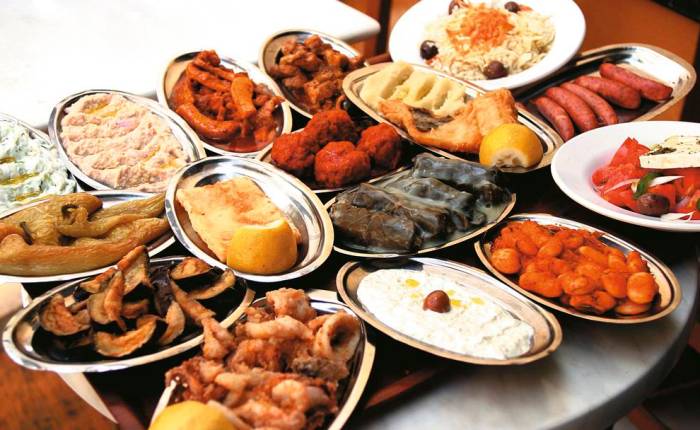 Author Shelley Workinger runs a blog that provides a unique approach to book promotion – food and the consumption thereof. My expanding waistline is evidence enough of my love of all things culinary, so I bit her hand off to get featured.

Turkish cuisine is justifiably famed as one of the world’s greatest. The Sultan’s table overflowed with extravagant bounty from the vast Ottoman domains that once stretched across three continents. The empire may be history, but food – preparing it, eating it, sharing it – is still of enormous cultural importance to all Turks regardless of status and income. So it’s small wonder the simple act of eating plays a starring role in both of my memoirs, Perking the Pansies and its sequel, Turkey Street. Here’s a soupçon…

300,000 characters, 65,000 words, 350 pages, near-divorce bust-ups, seconds out sulks down the pub, slammed doors, never-ending re-writes and entire scenes littering the cutting room floor like yesterday’s news. Finally it’s done, dusted and shipped, and only 18 months later than I hoped. Life just got in the way. So it gives me great pleasure to declare that Turkey Street, Jack and Liam move to Bodrum will be published on 18th May in paperback from the usual retailers and digitally from Nook, Kobo and Apple iBooks. And, it’s available to buy on Amazon Kindle right now. No pressure.

Early reviews are in and I’m rather chuffed.

A great rattlingly paced read which also provides a snapshot of a Turkey that is changing in ways none of us, as yet, fully understand.

A book that removes Turkey’s headscarf and tousles the hair a little – with comical and touching consequences. I loved it.

A beautifully presented tale that segues cleverly from hilarious and irreverent to heartbreakingly poignant, told with insight and innovative language.

Once again, Jack Scott expertly blends wit and humour in an accurate portrayal of daily Turkish life, warts and all! 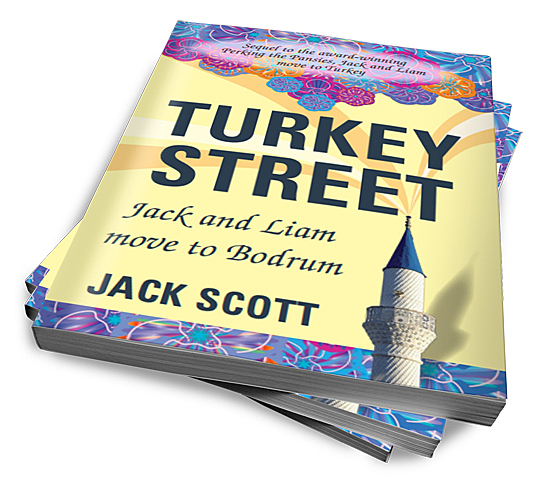 Six months into their Turkish affair, Jack and Liam, a gay couple from London, took lodgings in the oldest ward of Bodrum Town. If they wanted to shy away from the curtain-twitchers, they couldn’t have chosen a worse position. Their terrace overlooked Turkey Street like the balcony of Buckingham Palace and the middle-aged infidels stuck out like a couple of drunks at a temperance meeting. Against all the odds, the boys from the Smoke were welcomed into the fold by a feisty mix of eccentric locals and a select group of trailblazing expats, irresistible ladies with racy pasts and plucky presents.

Hop aboard Jack’s rainbow gulet as he navigates the choppy waters of a town on the march and a national resurgence not seen since Suleiman the Magnificent was at the gates of Vienna. Grab your deckchair for a whirlwind tour of love and duty, passion and betrayal, broken hearts and broken bones, dirty politics and the dawn of a new Ottoman era.