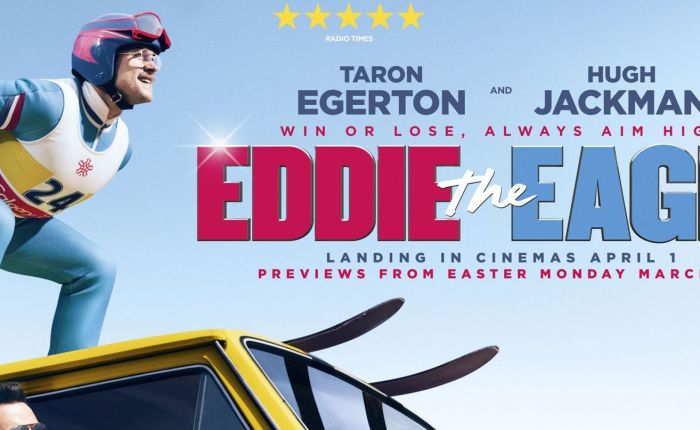 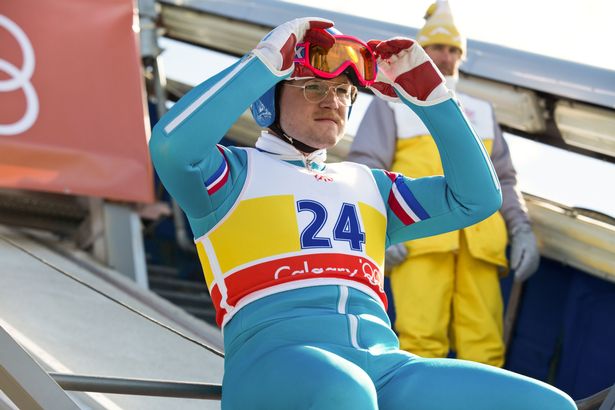 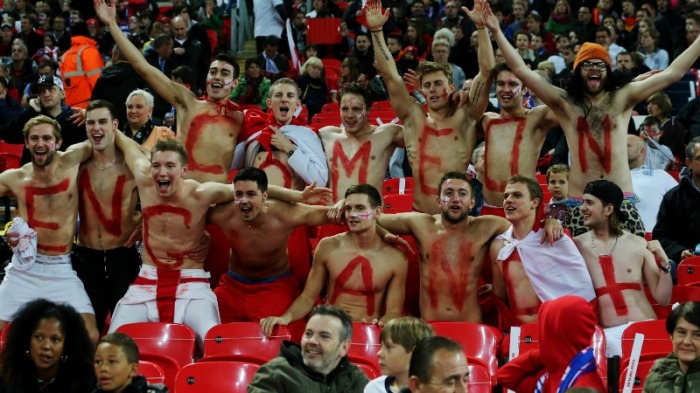 A young inexperienced England Team crashes out of the 2014 World Cup, Mexican and Brazilian fans chant homophobic abuse, Croatian and Russian fans unfurl neo-Nazi banners and finger-licking FIFA are mired in accusations of palm-greasing over the staging of the 2022 competition in Qatar, a filthy rich absolute monarchy with no football tradition and summertime temperatures in the withering forties. And so, it’s business as usual for the beautiful game. Timely then, to re-post my 2012 piece from a happier time for British sport, Rainbow Sporting Heroes… 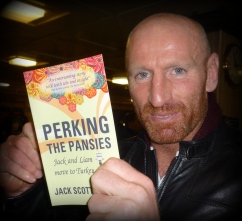 As Olympic fever goes into hyperdrive, I was thinking about homophobia in sport, particularly the beautiful game. Even though the likes of David Beckham are in touch with their feminine side and Eric Cantona is prone to writing a poetic line or two, there are no fairies in top flight football, apparently. Why is this, I wonder? Even rugby, the butchest of sports, has the wonderful Gareth Thomas quietly waving his rainbow flag. There was Justin Fashanu a few years back, of course, but his revelation led to excommunication by the soccer establishment, misery and his eventual suicide. It was a shameful episode. More… 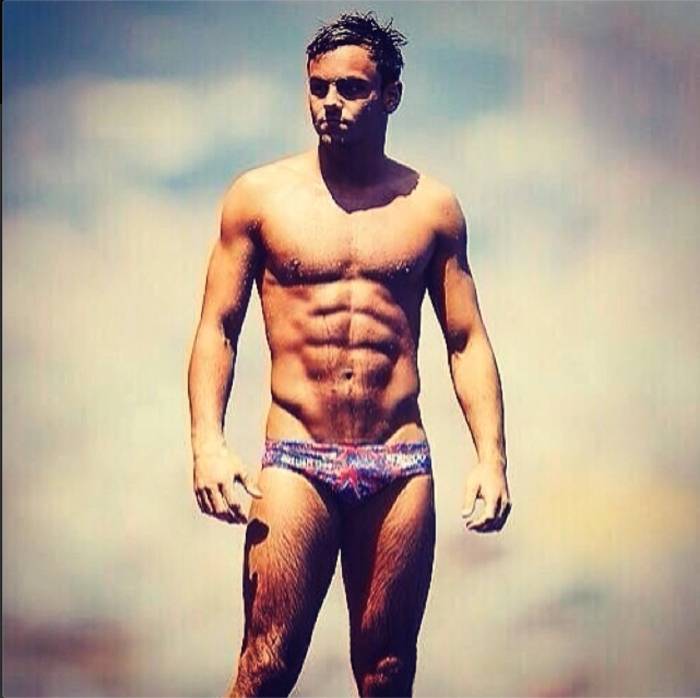 Yesterday, the British champion diver, Tom Daley, posted a simple video message on YouTube to tell the world that he was in a relationship with a man and that he was very happy. Tom was a poster boy for the Olympic Team. His buff, pool-trained torso (naked save for the tiniest and tightest Speedos) was plastered everywhere. Even at the tender age of 19, Tom is clearly well aware of his image and public persona. In our celebrity-obsessed world, I assume that he hopes this will sustain him long after the diving career has dried up. I hope so too. I also assume that this very public confession was his own idea. It was brave but was it also foolish? If his agent/manager/PR team had known in advance, I have no doubt they would have cautioned him against it. The revelation has unleashed a tidal wave of poison from the tweeting pond life. This was to be expected. Personally, I applaud his candour and rather think that his popularity will be enhanced by it.  His disclosure sends out a message of hope to young people everywhere that it’s ok to be gay. And for this, Tom deserves a pot of gold medals.

Tom Daley in his own words… 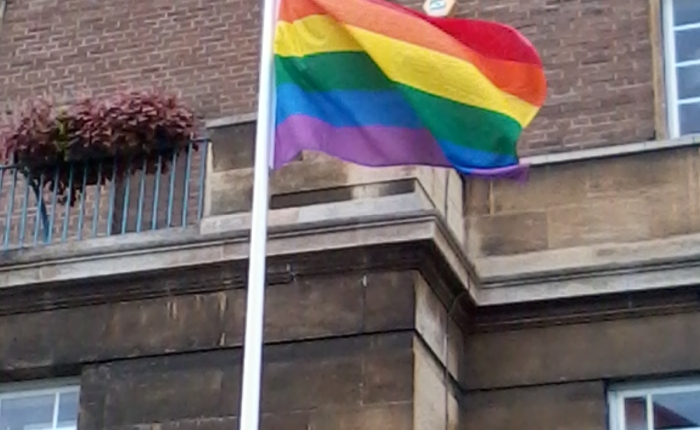 The marching season continues (no, I don’t mean the archaic and nose-rubbing Orange Day parades). Following a whole week of rather special events (including my very own display at the Pride Without Prejudice Art Exhibition), tomorrow is Norwich Pride day, a gift from the LGBT community to all and sundry. We missed it last year. Something else got in the way. Now, what was it? Oh, yes, watching the opening ceremony of the London Olympics from a balcony overlooking the stadium. We were torn, but the once-in-a-lifetime event won the day, I’m afraid. This year we are fully committed to the pink party. In fact, I’m going to be co-hosting the outside broadcast of Pride Live on Future Radio with the fabulous Di Cunningham from the epicentre of the knees-up on Millennium Plain, itself the epicentre of community life in the city. I’m not quite sure what to expect other than that it’ll be a scream and I’ll be the one doing the screaming. I think Di intends to wind me up and let me loose into the rainbow crowd to hunt down colourful victims to interview. Tune in on 107.8 FM (or online) and listen to me make a total prat of myself because I won’t know what’s coming up and I won’t have rehearsed my lines. Oh, sod it, who cares? It’s all in a worthy cause. Whoever you are, why not pop along and parade with pride?

It’s curious how extended families, so close in childhood days, can grow slowly apart as children age and move on. I guess it’s related to our modern existence of social mobility, dispersal and transience. My own family is a case in point. When I was growing up, my mother and her siblings were very chummy and we spent much of our time squatting in each other’s houses even when we lived in different parts of the country. An effort was made, the bond was important. But, imperceptibly, the bond gradually eroded, finally snapping when nobody was looking. These days, only funerals bring the clan together (weddings and christenings are as rare as ginger nuns in my largely heathen tribe).

Last week I attended the funeral of my Uncle James. He was 87. The Grim Reaper called at night and Jim died quietly in his sleep. The funeral service was nose to nipple (clearly, dying young isn’t the only way to get a healthy crowd in for a send-off). Late-comers were forced to stand at the back.

There were many things I knew about my uncle. I knew that after his wife (and my favourite aunt), Ruth died and, following a minor stroke, Jim found physical and emotional recovery through fitness and jogging. I also knew that he first completed the London Marathon when he was 73. I didn’t know that Jim went on to complete 8 marathons in all and raise £16,000 for a local cancer charity in the process. I didn’t know that he was given a Local Hero Award, an MBE and selected to carry the 2012 Olympic Torch when it went on national tour last year. Uncle Jim enjoyed a star-spangled dotage. This is a grand lesson to us all.

I also didn’t know how to knot my black tie. After a five year absence from the wicked world of the waged, I’d simply forgotten. This doesn’t auger well for my own dotage.