When Winston Churchill (in the form of Timothy Spall) popped his head out of the top of Big Ben I knew we were in for a treat. More party and less politics (although John Lennon’s Imagine was a timely touch), the closing show rocked the ages. The stadium was bathed in the Union Flag. The iconic ensign is better suited than most for artistic interpretation and made a perfect backdrop and cat walk for the drama. Her Maj decided to stay at home and put her feet up leaving a decidedly nervous-looking HRH Harry in her place. She’s probably had quite enough of Brian May shaking his electric guitar around like a penis extension. Do cut that hair, Brian. It’s not 1975 and you’re not 20. George Michael, who not so long ago was detained at Her Majesty’s Pleasure, sang Freedom. His voice held up well considering he was recently on nodding terms with the Grim Reaper. Other highlights for me included Elbow performing One Day Like This, ushers in blue bowler hats with light bulbs stuck on top and skating nuns in Union Flag knickers. Eric Idle’s rendition of Always Look on the Bright side of Life from the Life of Brian dressed as a bacofoil angel must have both puzzled and pissed off the pious. It was a real crash, bang, wallop of an extravaganza. Below is my favourite naughty but nice image from the last few days. What were your best bits? 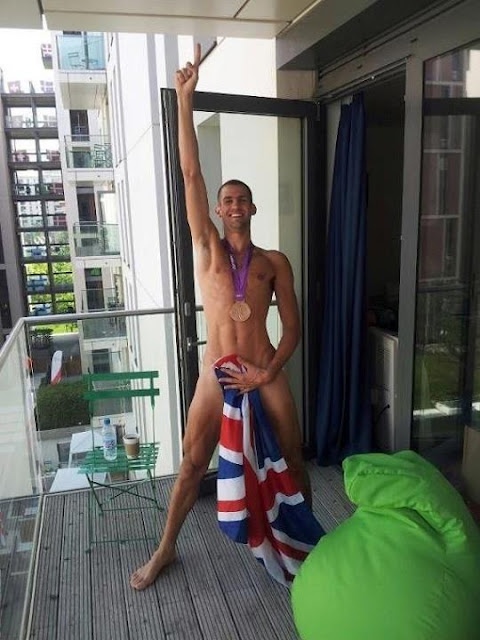 21 thoughts on “The Friendly Games”