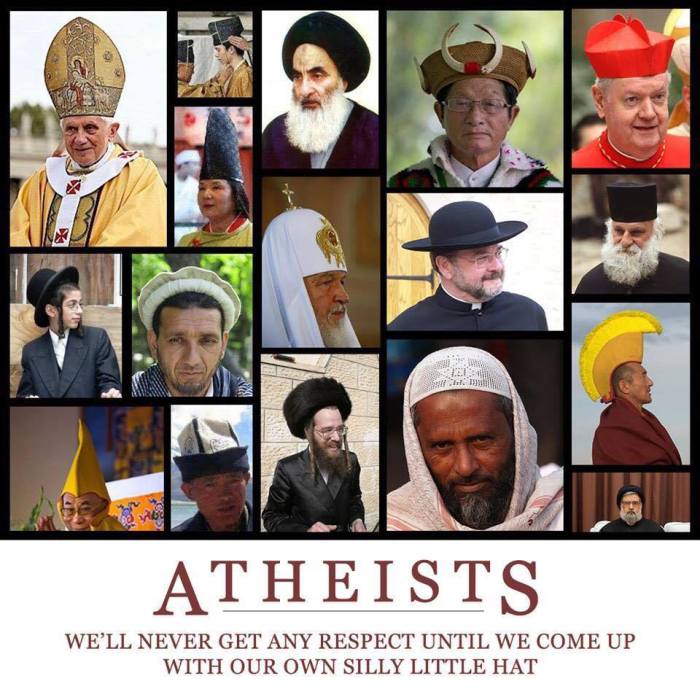 A short while ago I shared this image on Facebook. It was a whimsical tease about the sartorial obsession the religious establishment have with funny hats, as if a silly head covering confers gravitas and wisdom. The idea being that if atheists could come up a millinery gimmick to get them in the papers, they might get taken more seriously. It was a joke, obviously. Not so to someone. A couple of days later, the picture and associated comments disappeared quicker than a South American political activist. Where did it go? Why did it go? Who knows? But then, a few days on, the post miraculously re-appeared. I know it was probably some Faceache anorak in hipster whiskers and top knot but I like to think it was divine intervention.