The Seven Signs of Ageing 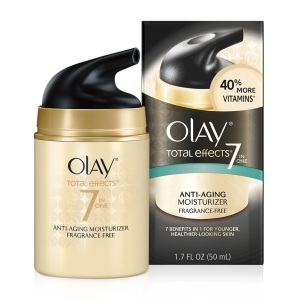 I don’t mean Olay Total Effects or any of the other magic potions promising to hold back the ravages of time. No, I mean the seven signs as they apply to a middle-aged ex-pretty boy who knows he’s got fewer years ahead than behind. I was reminded of my impending decrepitude when trying to grab a rogue sock evading capture at the back of the washing machine. The sock nearly won. So there it was, my first sign of ageing – stiff in all the wrong places.

But what of the others? Well, in no order of priority…

The only time I get to wear a suit these days is at funerals. This in itself is no bad thing. If only I didn’t have to replace it every year to keep up with my expanding midriff.

I used to sleep like a Brothers Grimm princess. I even slept through an earthquake in Bodrum once. These days I get caught short mid-slumber. And I’d rather sit to pee than stand.

My memory of yesteryear used to be as sharp as a drag queen’s stiletto. Nowadays, I never forget a face but names often defeat me. And sometimes I go into a room and can’t remember why.

As I grow older, my farts get louder (and more frequent). Thankfully, following through is still as rare as a gay bar in Tehran.

I reached puberty sooner than most and my hirsute legs were a source of great adolescent pride. Now I constantly moult. Sweeping up short and curlies from the bathroom floor has become a daily chore. What’s left is rapidly turning silver.

Liberal tolerance was my mantra for decades and accepting (though not always respecting) differing opinions was the price I paid. Now I shout at the box when some ill-informed twat spouts rubbish. I have become a grumpy old man and I rather enjoy it.

Despite stiffness, middle-age spread, nocturnal bladder weakness, fading memory, noisy flatulence, grey pubes and a serious bout of the grumps, I’m content with my lot. Unlike Olay’s fanciful brew, happiness is something you can’t bottle and sell at Boots. But then I’m yet to suffer from the eighth sign of ageing – erectile dysfunction. Now that would burst my bubble.

Jack Scott Imagine the absurdity of two openly gay, married, middle aged, middle class men escaping the liberal sanctuary of anonymous London to relocate to a Muslim country. I chronicled our exploits with the mad, the bad, the sad and the glad in a blog for the whole world to ignore. Then came the book which became a critically acclaimed best seller. Its success opened out a whole new career for me, firstly as an author, and now as a publisher. Who'd have thought it? Certainly not me. In June 2012, we ended our Anatolian affair and paddled back to Britain on the evening tide, washing up in Norwich, a surprising city in eastern England, then to the wilds of Norfolk as the only gays in the village. I’m sometimes nostalgic for our encounters with the hopeless, the hapless and, yes, the happy go lucky. They gave me an unexpected tale to tell and for this I thank them.
Published 29 January, 201726 January, 2017

16 thoughts on “The Seven Signs of Ageing”