The Bodrum Bulletin has just updated its annual grocery price check, comparing Britain with Turkey. This exercise was first started in 2009 using the same basket of goods from Sainsbury’s (in the UK) and Migros (in Turkey). The headline is that the price differential between the two countries has been gradually eroded since the survey started. In 2009 the British basket cost 26% more, whereas today the difference is less that 10%. 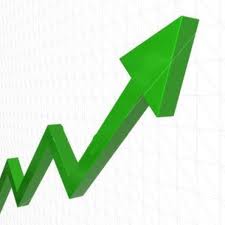 As with all things, the devil is in the detail. Buying habits vary from person to person and the comparison is affected by the prevailing lira to pound exchange rate. Nevertheless, it does indicate a direction of travel during these recessionary times. We residents all know that booming Turkey is no longer the low cost paradise it used to be. To add to the depressing trend, the Turkish Government has just hiked the price of gas by nearly 19% and the price of electricity by just over 9%.

A year ago, I set Liam a challenge. I wanted to know the cost of living for our kind of life in Britain, Spain and Turkey. He calculated  our average monthly spend on the typical stuff we consume –  food, booze, fags, essential trips back to London, rent, bills, healthcare, insurances, etc. He also used Migros for the Turkish grocery shop, comparing it to Tesco’s in Britain and a major Spanish chain. At the time, the results showed that living in Spain would cost a fifth less overall whereas living in Britain (outside London) would cost a third more.

The same analysis today (excluding Spain) paints a completely different picture. Our British living costs will be on par with our Turkish expenses. This is almost entirely due to the low rent we expect to pay in Norwich and the fact that we’re (almost) a smoking-free family. This isn’t the reason we’ve decided to leave our foster home but, as they say at Tesco’s, every little helps.

14 thoughts on “Every Little Helps”