Our flat is like a weather chamber. When Mother Nature decides to throw a wobbly, we hear every eruption. So last month when Storm Doris (Doris?) huffed and puffed with 90 mph winds, we feared she’d blow the house down. We decided to abandon the microloft and seek refuge elsewhere. Usually this would be the pub but on this occasion we choose the Bridewell Museum. The Bridewell charts the civic and social history of Norwich – from its modest beginnings as a few Anglo-Saxon huts on the muddy banks of the river to the pillaging Vikings, conquering Normans, religious glory days of spires and steeples, economic salvation by Flemish refugees, a spectacular rise to become England’s second city, a slow industrial decline and the city’s renaissance as a financial centre, cultural hub and UNESCO City of Literature. It’s a ripping yarn of churches and chapels, friaries and priories, martyrs and merchants, weavers and cobblers, chocolatiers and mustard makers, fire and flood, black death and blitzkrieg. Norwich was the first British city to build social houses and the first to have them flattened by the Luftwaffe – two of the many things catching my attention as we meandered through the exhibits. And what fun we had dressing up. 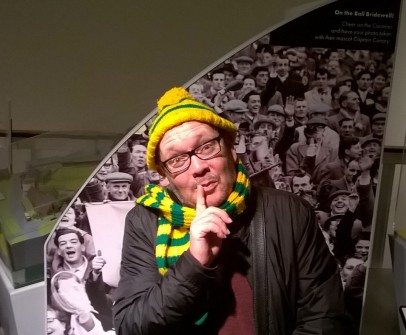 The Story of Norwich 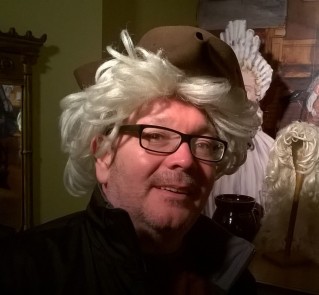 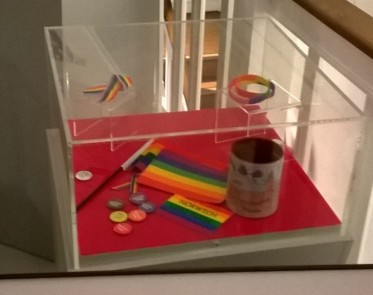 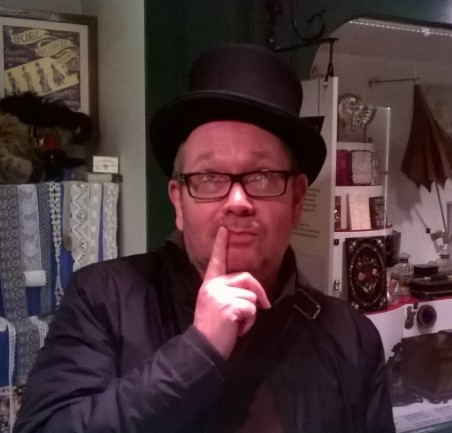 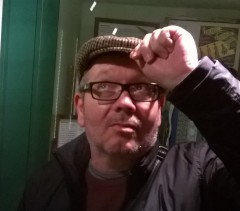 If you’d like to know more, check out Norwich Museum at the Bridewell.

Afterwards we did make it to a local hostelry for a few jars. Well who am I to argue with the lady? 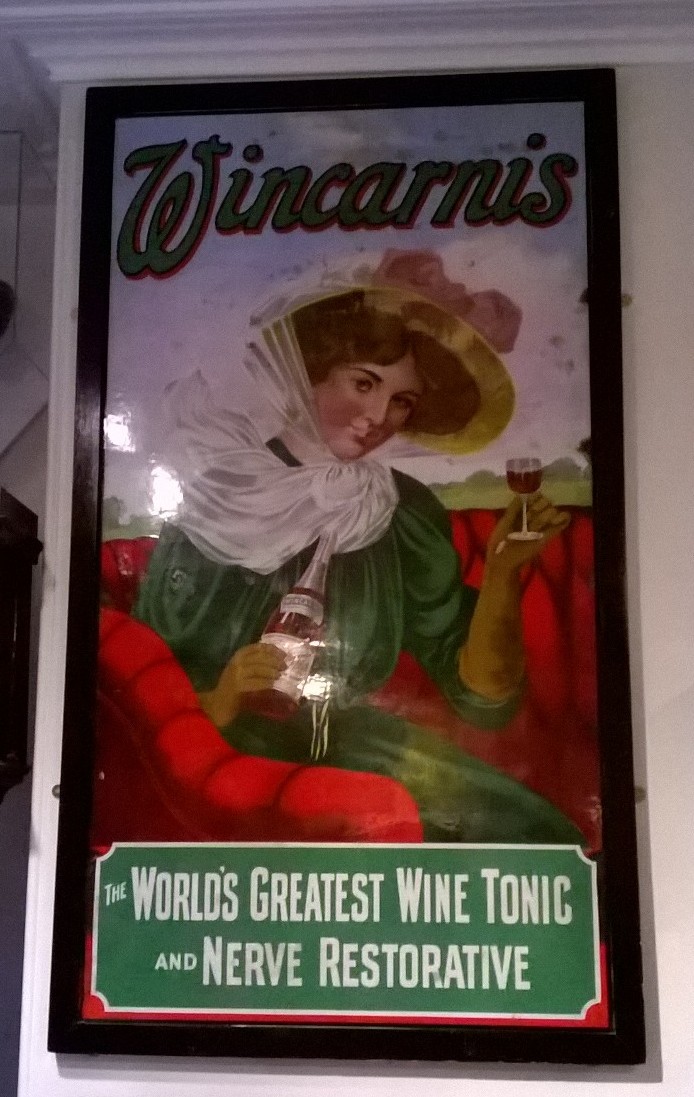 And so we survived Doris’ rage in one piece. Which is more than I can say for the roof.

I can’t remember the last time I published a review of Perking the Pansies, Jack and Liam move to Turkey on this blog. Generally, I try to keep my book business and random ramblings quite separate (until the sequel, Turkey Street, comes out, that is). But when I was sent an out-of-the blue critique from a total stranger in a distant land, unconnected to me or Turkey, I was rather taken aback and felt compelled to share it. Not as a boast, you understand, but as a humble thank you. 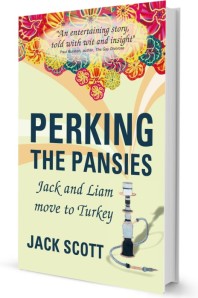 “I would like to buy Jack a drink or five. He and Liam present as the kind of people I would like to know. “Perking the Pansies” conveys personality right from the start. I was instantly interested in knowing and understanding the characters.

Jack doesn’t spare the truth. His descriptions of characters strip away all the pretentions and leave them exposed for who they really are instead of who they pretend to be. That is an uncomfortable feeling and yet I did not get the impression that he was being cruel or hateful. It is uncomfortable because the truth often is.

It is also funny as hell. The use of figurative language is superb. I had to stop and write down quite a few memorable lines just to make sure I don’t forget them. The line “…his distracting buns quivering like two piglets in a sack,” comes to mind. Then his little aside about trying to find “… something funny to say about faulty alarm cocks,” is another good example. I can imagine the frustration of writers block when such a marvelous circumstance presents itself. It was funny and it created a connection to the author.

The book’s greatest strength is the connection to the author. Reading it gives such an intimate look at the life and thoughts of the writer that you come out of it feeling like you know him. He becomes a real person. Obviously the book is written much like a journal, relaying a first person account of everything, but that is not the true source of the realism. It is honesty. The little details like Jack standing in the mirror making a face lift with his fingers are so true to life that you have to believe it. It doesn’t matter if everything written is literally true or not, the effect creates truth.

I found myself rooting for Jack and Liam not to give up. I wanted them to stay in Turkey and make a happy life. Sometimes their naïveté scared me. When Liam says that “We’re infidels and Hell-bound anyway so it hardly matters what we get up to,” I was afraid for them. Religious fundamentalists are not known for rational thinking. So many things could go wrong. When Uzgun was killed it highlighted the potential danger. I was vicariously proud of the courage and fortitude Jack and Liam showed by staying in Turkey.  The message is a good one. Things will only change if everyday people are brave enough to live everyday lives.

It was great. I can’t wait to read the sequel.”

Helpfully, Destin also posted a cut-down version of the review on Amazon.com. Good reviews do sell books and every little helps as they say at Tesco’s. This diminutive, myopic, ex-pretty boy with his best years behind him is chuffed to bits and eternally grateful to all you kind reviewers. Thank you.

I’m always chuffed when I’m asked to write a few words about the bees in my bonnet.  One Equal World publishes thoughtful and thought-provoking articles about equalities issues and they asked me about our experiences of Turkey.  This was my two-penneth…

I have often been asked why we chose an Islamic country as a place to step off the treadmill for a while and rest our work-weary bones. It’s not quite that simple; too often, the casual observer will lump all Muslims together. In truth, the Islamic world is no more homogenous than the West. There’s little to distinguish a grandma on a donkey in Christian Greece or Bulgaria from one trotting through a Turkish village. More…

It’s the turn of a new year, a time to reflect on the recent past. And what a hectic time it’s been for these old two old drunken reprobates. Four years ago, we jumped the good ship Blighty and swam ashore to paradise in search of a dotty dotage of gin and tranquility  We found a paradise of sorts and so much more besides. Three years into our choppy voyage, I found a little fame and notoriety, and a new course was set – as an accidental author. 2012 brought change: a rudder slammed into reverse and a return to our damp little island perched on the edge of Europe. So, in the best tradition of the year’s end, I give you the most popular Pansy posts of 2012.

Who would have guessed that a lazy, throwaway post about the 12,000 year old ruins at Göbekli Tepe in Eastern Turkey would hit the top spot? Although it was published in 2011, like Meatloaf’s Bat Out of Hell*, it never left the charts. In fact, it’s my most popular piece ever, racking up 7,500 hits to date.

Another perennial favourite. Technically, it’s a page not a post nowadays (though it started off as a post many moons ago). Oft quoted and copied, it’s a tongue in cheek attempt to classify the vintage villagers of expatland. It continues to strike a chord.

3. Goodbye to the Turkish Living Forum

The closest I came to an unseemly slanging match – I queered my pitch with the Turkish Living Forum (or, more accurately, they queered their pitch with me). I stopped the vile conversation in mid-sentence. I can do that. It’s my blog. It gladdens my little homo heart that this post continues to attract punters. If I’ve put just one potential member off the bigoted posts, then my work is done. It’s a shame. Most contributors to the forum seem sane and reasonable. It’s a good idea ruined by the vicious and vocal few.

4. Britain’s Got Loads of Talent

I’m a sucker for a sob story and Britain’s Got Talent is stuffed to the rafters with them.  A genuine attempt to discover the best (and worst) amateur talent that Blighty has to offer, or a cynical commercial exercise in crass over-sentimentality? Probably both and so what? This year a dog won. No, a real dog, not an ugly person.

A slip of the wrist and the cat was out of the bag. A premature posting meant that I announced our repatriation much earlier than I had intended and readers tuned in to read the news.

A post about a ground-breaking and award-drenched Turkish film, inspired by the true story of a Kurdish student who was gunned down by his own father for being openly and unrepentantly gay. It still hasn’t been released with subtitles so I’m ashamed to say I still haven’t seen it.

I wrote this post to celebrate and support the launch of Rainbowbookreviews, a brand new LGBT book review website. As part of the party, Perking the Pansies, Jack and Liam move to Turkey was offered as a competition prize. What some people will do for a freebie.

This was my naughty but nice take on the closing ceremony of the London 2012 Olympics. The BBC did a grand job in televising the once-in-a-lifetime event – online, on radio and on TV. Liam had all three on simultaneously. For a brief period, the nation forgot its woes and smiled again. The mother lode of precious metal helped.

Towards the end of our time in Turkey, I thought it was high time to give the pansy treatment to the grand centrepiece of the Bodrum townscape – a little bit of history (not too much) and a little bit of humour. It’s a popular cocktail.

I leave you with my favourite image from 2012. I know, it’s all a bit predictable but I’m turning into a dirty old man and I intend to wallow in it. Happy New Year everyone and thank you for enduring my camp old nonsense for yet another year.

*Bat Out of Hell stayed on the UK album chart for 474 weeks. God knows why.