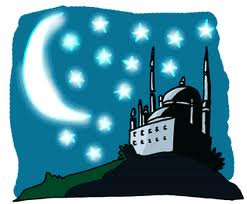 August this year is the month of Ramazan, the Islamic month of fasting. Many Turkish visitors have returned home to be replaced by pallid-skinned north Europeans and their summer break sprogs. Pious Moslems are not meant to eat, drink or indulge their vices between sunrise and sunset.

Ramazan commemorates the time when the first verses of the Koran were revealed to Mohammed. This period of self-denial is intended to teach Muslims about patience, spirituality, humility and submissiveness to God. It’s not dissimilar to the Christian Lent which commemorates Jesus’ 40 days in the wilderness and his temptation by Satan. The purpose of Lent is to prepare the believer, through prayer, repentance, alms giving and self-denial, for the annual rite of Easter and the ultimate sacrifice.

As with last year, I’ve noticed little obvious religious observance around us. However, that doesn’t stop our sleep being disrupted by the Ramazan drummer boy who performs throughout the old town each morning at 4am. This time honoured tradition is intended to wake the Faithful so that they can fill their bellies before daybreak. What a racket. Has nobody heard of alarm clocks in this day and age? Apparently the tradition is banned in much of Turkey but then so is the ritual slaughter of sheep by the untrained during Kurban Bayram (the feast of sacrifice), talking on mobile phones while driving and not paying staff until the end of the season.