It didn’t take the power of the Delphic Oracle to predict the chaos that would result from yesterday’s whiteout. Even a light dusting of snow generally brings the nation to a shuddering halt. East Anglia has been particularly badly hit by the avalanche. It’s been the talk of BBC Radio Norfolk all day with a litany of cancelled events hitting the airwaves – whist drives, netball practice, line dancing, am dram, bowls and bingo. The county is littered with abandoned cars, parish halls have shut up shop, the brownies will not be dib-dib-dob-dobbing any time soon and the oven’s gone cold at the WI. Hundreds of schools have called time and thousands of kids are playing in the snow before it turns to dirty slush. Trains are cancelled and planes are grounded at Norwich International Airport (Yes, Norwich does have an international airport, not that you can fly to anywhere particularly exciting). The Dunkirk spirit has been rekindled and tales of random acts of kindness are flooding in. Plummeting temperatures and a sharp frost will guarantee that the show will run and run for a few days more. This all pales into insignificance when compared to the drama and tragedy that unfolded on the streets of South London this morning when a helicopter crashed into a crane, killing two people and injuring twelve more. You would never know it from the coverage on local radio here in the frozen east.

A sparkling blue sky enticed me out of the warmth for a hot drink and an iced bun. I took these snaps along the way. 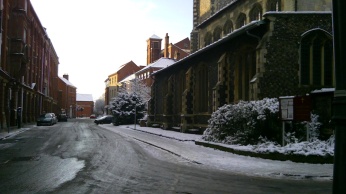 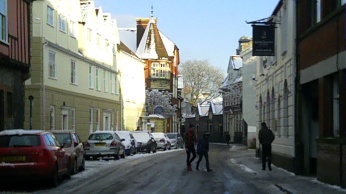 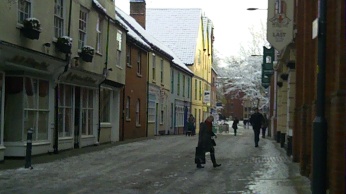 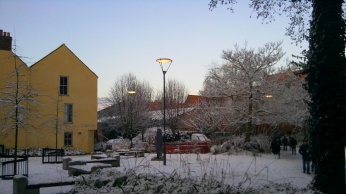 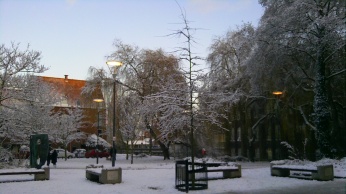 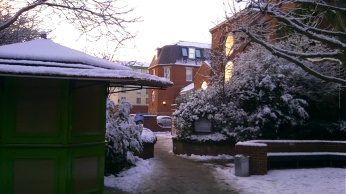 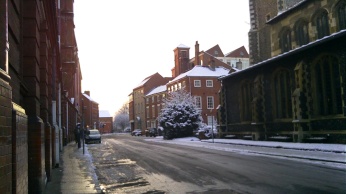 Jack Scott Imagine the absurdity of two openly gay, married, middle aged, middle class men escaping the liberal sanctuary of anonymous London to relocate to a Muslim country. I chronicled our exploits with the mad, the bad, the sad and the glad in a blog for the whole world to ignore. Then came the book which became a critically acclaimed best seller. Its success opened out a whole new career for me, firstly as an author, and now as a publisher. Who'd have thought it? Certainly not me. In June 2012, we ended our Anatolian affair and paddled back to Britain on the evening tide, washing up in Norwich, a surprising city in eastern England, then to the wilds of Norfolk as the only gays in the village. I’m sometimes nostalgic for our encounters with the hopeless, the hapless and, yes, the happy go lucky. They gave me an unexpected tale to tell and for this I thank them.
Published 16 January, 201330 October, 2013