Ian, one of my oldest friends, is the area manager of a gay ‘lifestyle’ chain (AKA licensed sex shops – don’t tell his mother). The filthy smut flies off the shelves as the filthy lucre fills the tills even during these recessionary times. Well, people stay in more and make a meal of it.  Despite his status as purveyor of porn to the Grindr generation, Ian is an off-fashioned boy with the Nineties hairdo to prove it. He shuns the modern world of instantaneous communication for a more leisurely discourse – snail-mail rather than e-mail, hand-crafted notes rather than instant messaging. Even his flip-top phone belongs in the Science Museum. He’s particularly scathing about Facebook, seeing it as the work of the Devil. I picked up this postcard and sent it to him. I wrote, “I saw this card and thought of you.”

A couple of days later I received this card in the post. Ian had written, “I saw this card and thought of you.” Touché! 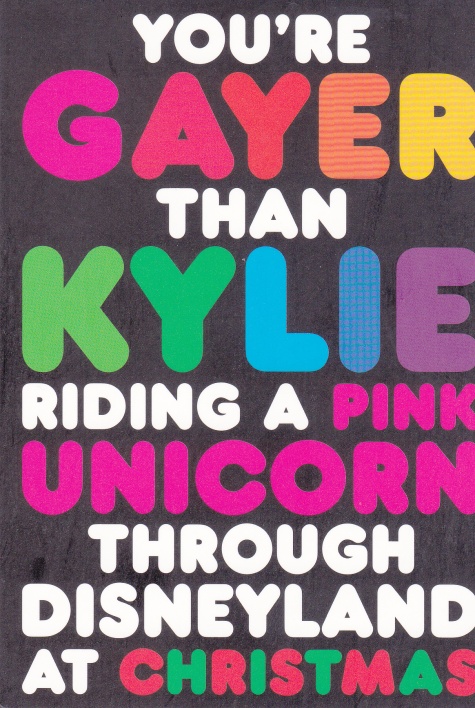 Jack Scott Imagine the absurdity of two openly gay, married, middle aged, middle class men escaping the liberal sanctuary of anonymous London to relocate to a Muslim country. I chronicled our exploits with the mad, the bad, the sad and the glad in a blog for the whole world to ignore. Then came the book which became a critically acclaimed best seller. Its success opened out a whole new career for me, firstly as an author, and now as a publisher. Who'd have thought it? Certainly not me. In June 2012, we ended our Anatolian affair and paddled back to Britain on the evening tide, washing up in Norwich, a surprising city in eastern England, then to the wilds of Norfolk as the only gays in the village. I’m sometimes nostalgic for our encounters with the hopeless, the hapless and, yes, the happy go lucky. They gave me an unexpected tale to tell and for this I thank them.
Published 30 May, 201329 April, 2015

10 thoughts on “Postcards from Soho”