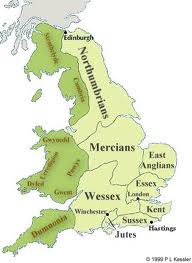 This has been the loaded question from some of those in the loop. Do I sense smidgeon of incredulity? A soupçon of smugness? To be fair, until quite recently, all I knew of Norwich was the Sale of the Century from the Seventies, Bernard Matthew’s gobbling turkeys and the acronym, kNickers Off Ready When I Come Home. I used the latter in text messages to Liam when we were at it like rabbits during our honeymoon years. By common consent, the former Anglo-Saxon kingdom of East Anglia is full of in-breeds shagging their siblings and marrying their cousins (sound familiar?). This may be true in the rural flatlands of England’s gobbling breadbasket but surely not in the pretty cathedral city, a hidden gem with its student vibe, wine bars and arthouses. We are delighted to be joining the north folk of Norfolk as neo Norwichians (not to be confused with Norwegians who, as Vikings, did a bit of raping and pillaging in that part of our Sceptred Isle). And just in case you need further convincing, take a look at this:

Okay, Norwich didn’t win but we all know that Derry (or Londonderry, depending on what side of the fence you pray on) won for political reasons. Just in case you’re thinking of sending me outraged of Derry/Londonderry letters, I’m entitled to say that. I’m half Northern Irish and I don’t pray at all.

And the Winners Are