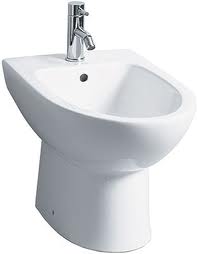 Emiköy Alan, who as a hunky young rookie snatched the Queen’s shilling but found it to be debased, lives with the missus in a traditional Turkish village near Dalyan. Alan writes affectionately of their lives as rustic emigreys in his blog Archers of Okçular. He often leaves witty (so he thinks) comments on my posts. In fact, he’s my number one pundit. It gives him a little pleasure between the frequent power cuts they endure in the wilderness.

Alan recently published a post about the evolution of Turkish privies from low slung to high tech. To be mildly obsessed with evacuation is a peculiarly British pre-occupation. It’s our Dunkirk spirit. Alan reminds us of the all-in-one dump and rinse pans that are now common in this part of the world. The in-pan bidet accessory is a novel concept. Don’t attempt it in winter, though. The icy rush could cause a seizure in those with a weak constitution. When I first tried it, the water pressure was so high that the jet shot between my legs and hit the wall opposite. These days I prefer to use a pack of wet wipes to maintain a fragrant ring.

18 thoughts on “Tales from the Water Closet”