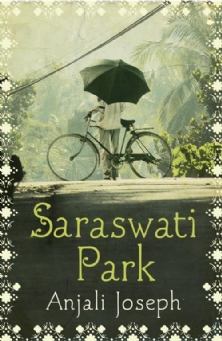 Norwich is the heart of arty-farty judging by the colourful assortment of scholarly fashionistas mingling around the College of Art. Norwich is also a treasure trove of wordy worthiness that rather puts my own inconsequential ramblings in the shade. The rich and centuries-old tradition of proper writing was recognised this year when UNESCO awarded Norwich City of Literature status. My inadequacies were further confirmed when I discovered that our downstairs neighbour is a serious novelist of award-winning, global stature. Her name is Anjali Joseph and, as we chatted about the darkened skies and wheelie bins, she modestly revealed that she’d written a book or two. I did a bit of Googling. It didn’t take long. Anjali is all over the wonderweb. A book or two? Crikey, this pretty young thing has written two internationally acclaimed novels published by HarperCollins, is working on her PhD in Creative Writing during her coffee breaks and is stalked by the national press. I might as well just slash my wrists and be done with it.

17 thoughts on “Norwich, City of Literature”