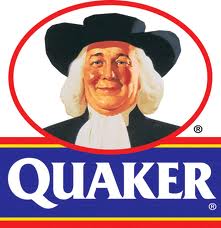 I’ve just responded to the British Home Office consultation on same sex marriage. As I understand it, the original proposal was to make us all equal under the Law by allowing same sex secular marriage (replacing and/or supplementing civil partnerships) and to enable those religious organisations that wished to conduct a religious ceremony for same sex couples to do so. The Quakers really wanted their oats on this one: our Friends were at the forefront of agitating for reform. They will be disappointed; a collective ‘tut, tut’ will echo around the polite meeting houses of Blighty. Why? Because the proposed statute will introduce civil marriage equality but will also enshrine in law the notion that religious marriage is between a man and a woman only. Presumably, this typically British fudge is a concession to the meddlesome priests who think they have the divine right to call the shots. This is absurd. Where’s Henry the Eighth when you need him? Either there is marriage equality or there isn’t. A religious ceremony isn’t right for me but to deny it to the religious isn’t right either.

If there is to be a two-tier marriage system can we also have a two-tier tax system where I pay less for fewer rights? A kind of citizen-rights lite.

Same Sex Marriage in the UK

Much I Do About Nothing