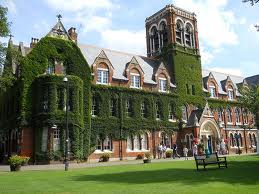 I’ve been asked what the book is actually about. You’ll have to read it to find out, but suffice it to say, I learned some valuable lessons from David Steddall, the English Literature teacher at my South London grammar school. “A story should have a beginning, a middle and an end,” he would say. We’ve all heard the mantra. He seemed to like my essays, even if they were sometimes a little risqué in a post-pubescent, hormone-raging sort of way. His encouragement gave me confidence. He would often give me top marks and have me recite my work in class. Tragically, I failed* my Lit O Level. I just didn’t get the poetry and I was a lazy little student. Still, I’ve stayed faithful to Dave’s cause ever since and my book has a beginning, a middle and an end. It’s not a random series of observations like the blog. It’s the full story of our time in Turkey, warts and all. It’s not all light and frothy either. We’ve experienced some dark moments here:

Liam left exactly two months after we moved into the house in Bodrum. He dashed home on a mercy mission and I had no idea when he would be coming back. Üzgün’s death had thrown him off kilter and now he was needed in London.

The night before, we had dined al fresco to take advantage of yet another blessed, balmy evening. Liam’s gastronomic ambitions had reached such a pinnacle that we had less and less reason to eat out. The courtyard was a perfect setting. We reminisced about the days when, at the slightest hint of fine weather, we would rush home from work and grab the opportunity to eat in the garden.

We chinked glasses. “To the good life, Liam.”

It was a hollow toast. Üzgün’s murder had changed everything. He had been raped, robbed and murdered by three teenagers in a back street of Yalıkavak. His body was found in a dry river bed, naked, beaten and barely recognisable.

Liam got the call he had been dreading. He packed a suitcase and taxied to the airport to pick up the next available flight. I stayed awake for most of the night, texting Liam and trying to make sense of the mess around us. I camped on the balcony for hours, questioning my flawed understanding of Turkish society, balancing the highs with the lows and wondering if, ultimately, we had made one huge mistake. My head was a mass of interconnected thoughts and contradictions, each leading to a different conclusion and each stirring up an emotion that took me right back to where I started. I set myself a challenge. I would stay awake until the morning; by then I would know what to do.

The lights went out in Türkkuyusu just as they had done many times before. How could Turkey ever hope to become an industrial powerhouse if they couldn’t keep the bloody lights on? I stared into the darkened streets, lit only by the headlights of passing traffic. I wanted to speak to Liam but he was in the skies somewhere over Europe. I wanted to ask him why we didn’t go to Spain or why we left London in the first place. I knew he would answer, “because we’re different and different is good. Remember the pioneers. ‘Good As You’, they said.”

*I passed English Language with flying colours (along with history). Liam is trying to convert me to the joys of poetry. I fear it’s a lost cause.

Check out my book.