I received a delightfully distracting ‘how’s things?’ email from Jacqueline, an old comrade of wry wit and razor sharp intellect. She is a wonderfully undemanding friend who I may only see once a year. When we meet, we simply carry on where we left off, mixing lascivious gossip with incisive social and political comment (or so we think). She and her partner Angus have been sorely laid low of late with a nasty case of gastroenteritis. Naturally, Angus’ suffering is the greatest since he is a boy. Girls have a higher pain threshold apparently. It’s something to do with childbirth. If the Vicar of Christ knew from first-hand experience just how painful it was to have babies, I’m sure he would command priests to hand out condoms during communion; he could solve the African AIDS crisis and endemic Third World over-population with a single wave of his Holiness’ crook. 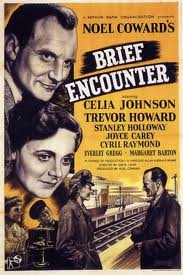 I know a little of food poisoning myself. Many, many years ago when I had cheek bones you could slice cheese with, I met a randy Yank in the Brief Encounter Bar in St Martin’s Lane (now long gone, but in times long past the place to briefly encounter). In the taxi back to his gaff, the Yank got a tad peckish so we stopped off for a takeaway kebab on the Caledonian Road. I took one small bite to be sociable. He wolfed the rest. The next day I ended up in The London Hospital with projectile vomit. The rapid diet had its attractions but pooing on a paddle for Environment Health was a distressing experience. I never saw the Yank again. I think he died.

Jacqueline has taken up patch working and quilting as a hobby. She’s clearly keeping a weather eye on the future: the imminent implosion of the public sector may well necessitate a dramatic career change.

One thought on “Pooing on a Paddle”