We picked up an old copy of Bodrum Voices at the kiosk next to the main cami (mosque) in old Bodrum Town. I nearly choked on my crappafrappachino when I spotted the headline – Bodrum Becomes Gay Hotspot. According to the Independent on Sunday (my preferred Sunday rag) over 4,000 gay tourists have visited Bodrum in the past five years. How do they know? Have our passports been chipped by the secret police and we’re now tracked by satellite? I knew it was a stupid mistake to declare my sexual orientation on the census return. I’m a marked man.

The article went on to suggest that the numbers may rise to over 30,000 in the coming years. It’s amusing to think that Yalıkavak could become the new Mykonos. Alas, I really don’t think Turkey is quite ready for that yet and the emigrey ignorati might well have a collective seizure at the thought of it. Well, on the other hand… 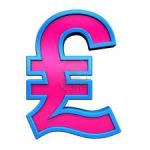 The Dorothy Dollar and Pink Pound

Perking the Pansies, the Book

2 thoughts on “Lock Up Yer Sons”