Friday night was theatre night and Liam fancied a slice of am-dram at the Maddermarket. When he announced we were to see Urinetown, I thought he was taking the pissoir: a show about a public loo? Fortified by a large glass of white and resigned to grin and bear it, I took my pew and surveyed the crowd. On most cultural excursions we’re generally surrounded by the good and the grey of the county. This audience was decidedly younger and trendier. Perhaps they knew something I didn’t.

Turns out they did. The production was foot-tapping fun but with a dark edge, an everyday tale of environmental degradation, unfettered capitalism, corporate greed, rampant public corruption and a restive mob – all set to a score of soaring tunes that parodies some of the more pompous musicals like Les Misérables. I spied a nod to Romeo and Juliet too. The mob triumphs but, alas, it doesn’t end well. Urinetown is a show with a message.

It may have been am-dram from the Sound Ideas Theatre Company but you could hardly tell. The live band was a classy touch and there were several stand-out performances from the cast. But for me, the star of the show was seventeen year old Nicola Myers who played ‘Little Sally’ with pathos and humour accompanied by a cracking set of pipes. I predict a great future. 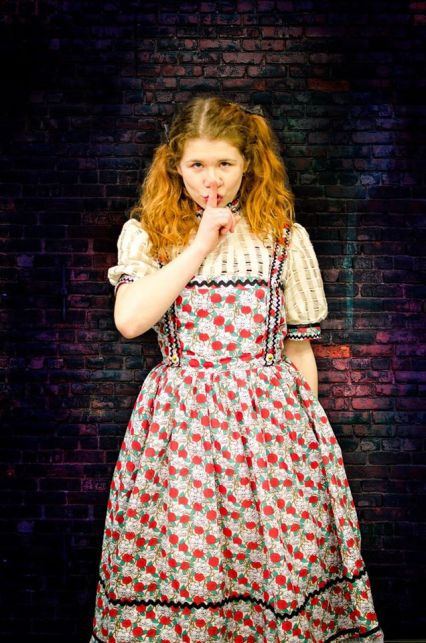 All the images are courtesy of the Sound Ideas Facebook page.

Jack Scott Imagine the absurdity of two openly gay, married, middle aged, middle class men escaping the liberal sanctuary of anonymous London to relocate to a Muslim country. I chronicled our exploits with the mad, the bad, the sad and the glad in a blog for the whole world to ignore. Then came the book which became a critically acclaimed best seller. Its success opened out a whole new career for me, firstly as an author, and now as a publisher. Who'd have thought it? Certainly not me. In June 2012, we ended our Anatolian affair and paddled back to Britain on the evening tide, washing up in Norwich, a surprising city in eastern England, then to the wilds of Norfolk as the only gays in the village. I’m sometimes nostalgic for our encounters with the hopeless, the hapless and, yes, the happy go lucky. They gave me an unexpected tale to tell and for this I thank them.
Published 24 April, 201616 April, 2022