It’s All Double Dutch to Me

A couple of weeks ago I popped over to the low land of dykes, bikes, canals, tall thin blonds and tall thin buildings. I’ve been to old Amsterdam many, many times before. Back in the day, Amsterdam was a blesséd escape from finger-wagging, buttoned-up Britain, and a place where I could feel totally free. I won’t regale you with ripe tales of how I expressed that freedom – this is a family show, after all. Needless to say, it rarely involved a cultural troll round the marvellous galleries of the Rijks Museum.

Here’s an ancient image of me in the naughty Nineties on one of my gayfests.

I’m standing on the Homomonument, a memorial to those persecuted for their sexuality. Opened in 1987, the monument takes the form of a large pink triangle jutting out into the Keizersgracht canal. It’s a potent symbol: the pink triangle was the badge of shame gay men were forced to wear in the Nazi concentration camps during World War Two. And we all know what happened in those places.

This time I was there on business. I was attending the 2016 Families in Global Transition Conference (#FIGT16NL), a gig that brought together people from far flung corners, all concerned with issues affecting global families. The current refugee crisis in Europe and the Middle East added an extra layer of complexity to this year’s august jamboree.

Why me? You may well ask. I’m neither an expat, nor a family in transition (not anymore anyway). In fact, I was there as part of my work with Summertime Publishing and Springtime Books, specialists in expat titles. And I was asked to lead a social media workshop for writers. It was a bit of a hit, I’m told. I even got to sell signed copies of my books in the FIGT bookshop – and was more than chuffed when they flew off the shelves and soon sold out. Clearly some people like a dash of camp with their esoteric.

Here’s me flapping my hands about in the social media workshop. 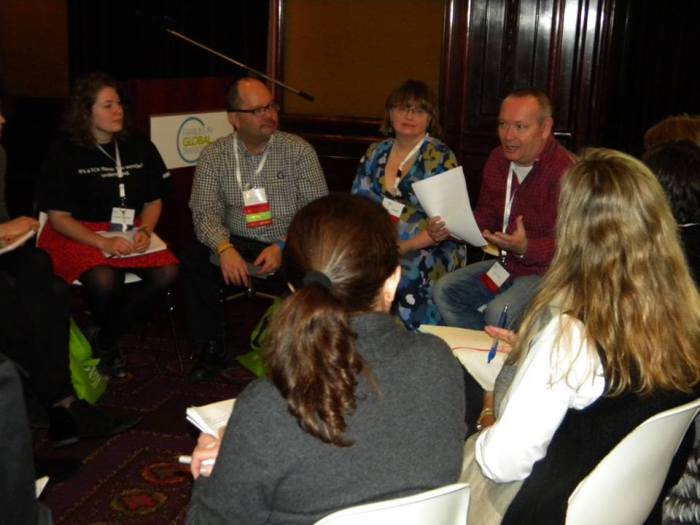 And me on the right grinning inanely in the bookshop. 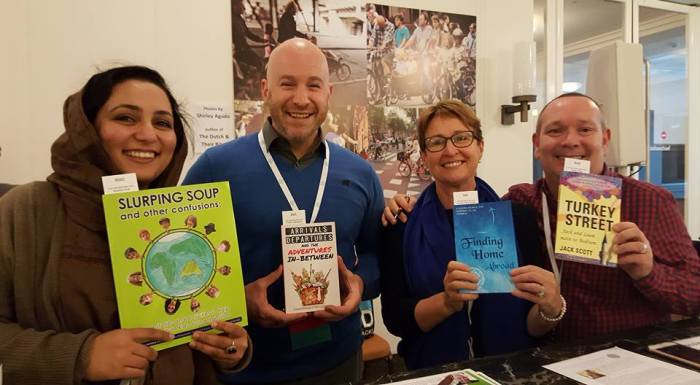 After a hectic few days navigating through the talkers, walkers, cars, trams and manic cyclists on a mission coming at me from every which way, I landed back at Norwich Airport at ten to nine in the evening. I was home with a large glass of Pinot in hand twenty minutes later. Now that’s the way to travel.

If you’d like to know more about Families in Global Transition and their valuable work, check out their website. In the meantime, here are some pretty pictures I took of the pretty city. 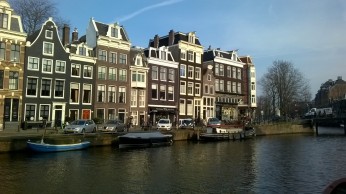 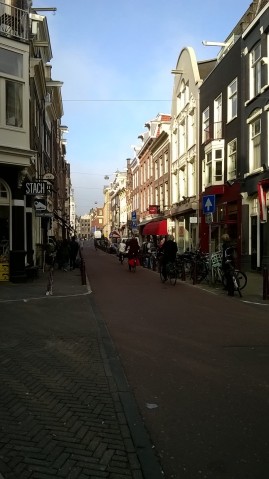 The conference pictures are courtesy of FIGT.

Jack Scott Imagine the absurdity of two openly gay, married, middle aged, middle class men escaping the liberal sanctuary of anonymous London to relocate to a Muslim country. I chronicled our exploits with the mad, the bad, the sad and the glad in a blog for the whole world to ignore. Then came the book which became a critically acclaimed best seller. Its success opened out a whole new career for me, firstly as an author, and now as a publisher. Who'd have thought it? Certainly not me. In June 2012, we ended our Anatolian affair and paddled back to Britain on the evening tide, washing up in Norwich, a surprising city in eastern England, then to the wilds of Norfolk as the only gays in the village. I’m sometimes nostalgic for our encounters with the hopeless, the hapless and, yes, the happy go lucky. They gave me an unexpected tale to tell and for this I thank them.
Published 27 March, 201630 March, 2016

17 thoughts on “It’s All Double Dutch to Me”