Watching Mother Nature drench our windows brings memories of mad Turkish weather flooding back. People who haven’t experienced it first-hand simply don’t believe me when I say our Aegean winters were a real challenge. It’s the Med, right? How bad can it be? How about a split personality of hurricane rain, typhoon winds and cyclone floods followed in quick succession by crisp bright mornings and balmy afternoons of warm dazzling sun? Whatever the drama going on outside, inside was constantly cold and draughty. Despite our valiant efforts, we never quite managed to get the heating right and, in the depths of winter, most evenings were spent under a duvet. We dressed in fleecy layers and praised the Lord for the cosy Marks and Sparks slippers insulating our tootsies from Jack Frost snapping at our heels. Actually, I had never owned a pair of slippers before our move to Turkey and it came as some relief to find two small M&S outlets in Bodrum.

For the uninitiated, Marks and Spencer is:

A clothes and food retailer, the cornerstone of the high street and as British as the Queen, except Her Maj is German and most M&S products are imported.

As described in Turkey Street’s Turkipendix Two: A Word or Two in British.

Naturally, there’s an M&S here in Norwich, a large one too. It’s quite a draw for the county’s well-heeled grey herd in their waxed jackets and Jaeger. The store features a fancy vertical garden which, as you can see, takes some effort to prune.  As for the old M&S slippers? I finally threw them out last year. Replacements not required. 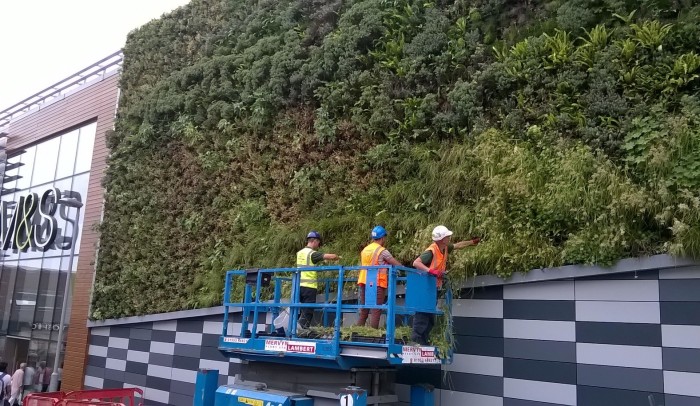 Jack Scott Imagine the absurdity of two openly gay, married, middle aged, middle class men escaping the liberal sanctuary of anonymous London to relocate to a Muslim country. I chronicled our exploits with the mad, the bad, the sad and the glad in a blog for the whole world to ignore. Then came the book which became a critically acclaimed best seller. Its success opened out a whole new career for me, firstly as an author, and now as a publisher. Who'd have thought it? Certainly not me. In June 2012, we ended our Anatolian affair and paddled back to Britain on the evening tide, washing up in Norwich, a surprising city in eastern England, then to the wilds of Norfolk as the only gays in the village. I’m sometimes nostalgic for our encounters with the hopeless, the hapless and, yes, the happy go lucky. They gave me an unexpected tale to tell and for this I thank them.
Published 18 January, 201618 January, 2016