The Sir Garnet public house is a well-placed Norwich watering hole overlooking the multi-coloured market. Originally called the Baron of Beef, the pub was renamed in 1874 in honour of Sir Garnet Wolseley, one of those Victorian thugs who terrorised the natives in far flung lands for imperial glory, a trunk-load of military bling and a title from a grateful old Queen. These days, the trendy hostelry dishes up superior pub-grub sourced whenever possible from market traders. Particular favourites of ours are the chef’s plump sausage rolls. Moist and morish, they’re a tasty way to soak up the alcohol of a liquid lunch. You can feel your arteries harden with every bite. Our visits to the Sir Garnet are usually pleasantly uneventful. That was until we were entertained by a pantomime of supping Elvis impersonators in every shape, size, age and sex, all dressed as the King during his hamburger years. I’ve never understood the enduring appeal of Mr Presley or his trick hips but it made for an amusing afternoon. Now, what is the collective noun for group of Elvis lookalikes on a piss-up? A thrust? A bell bottom? A graceland maybe? Or my personal favourite, a pelvis of Elvis’? 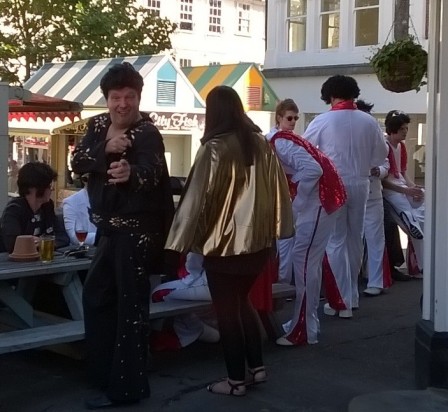 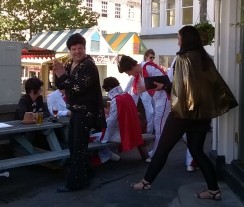 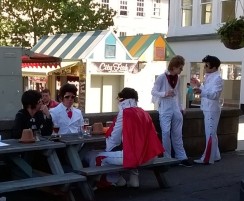 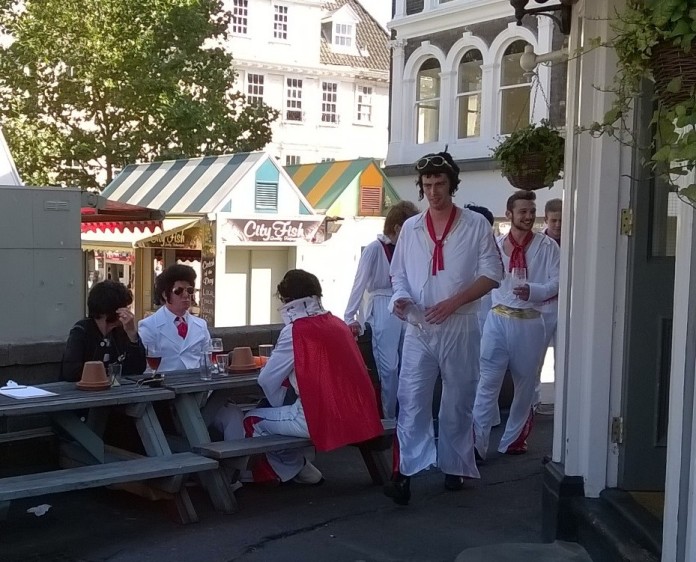 8 thoughts on “Elvis Has Entered the Building”