Fellow author, David Gee, recently uncovered a dusty old silver screen classic while rummaging around the video vault at the University of East Anglia. ‘Come With Me to Norwich‘ is a 1952 documentary presented by Richard Dimbleby, BBC patrician and father to David and Jonathan. It’s a ghostly narrative of a bygone era full of bulldog optimism set against the rising tide of a new world order. Fast-forwarding to 2014, it’s fascinating to see what’s gone the way of the dodo and what’s survived against the odds. Mid-Twentieth Century Norwich once traded in mustard, money, shoes and chocolate. But where are they now?

In 1814, mustard maker, Jeremiah Colman, founded Colman’s of Norwich, four miles south of the city. By 1865 production had transferred to a large factory near the city centre where the firm still produces mustard and mustard-derived products as an operational division of that enormous global conglomerate, Unilever.

In 1797, merchant and banker, Thomas Bignold, founded the Norwich Union Society for the Insurance of Houses, Stock and Merchandise from Fire. The less than catchy name soon became known simply as Norwich Union. Today, the Footsie 100 company is branded as Aviva and is the sixth largest insurer in the world.

It was in 1792 that a cordwainer called James Smith made the first off the peg shoes, shoes that ordinary folk could afford. Unsurprisingly, Jimmy’s big idea caught on. The business evolved into the Startrite brand, manufacturing footwear for rug rats. Startrite is still headquartered in Norwich but manufacturing has been outsourced to India. Fortunately, that wasn’t the end of cordwaining in the city. Van Dal still make half a million pairs of gorgeous heels every year for Norfolk broads, drag queens and cross-dressers everywhere. The times they are still a-changing: Startrite is looking for a deep-pocketed investor and Van Dal is being sold to its employees.

In 1857, AJ Caley established a chemists business in London Street which evolved into a distiller of mineral water and a chocolatier. As the company grew, it moved to new premises in Chapelfield. The firm was sold off by the Caley family in 1918 and sold on to confectioners, Mackintosh, in 1932. In 1937, the first rolo rolled off the production line. This was soon followed by Munchies and Caramac, brands I have devoured with tooth-rotting regularity ever since being knee-high to a grasshopper. By 1969, Mackintosh had merged with Rowntree to make one of the world’s premier confectioners, but it wasn’t to last. In 1988, Rowntree-Mackintosh was controversially set upon by the Swiss food giant, Nestlé. The hostile takeover resulted in a period of savage cost-cutting. The Chapelfield factory was closed with a loss of over 900 jobs and all production was moved to York. The last rolo rolled off the Chapelfield production line in 1994.

There’s still a Caley’s of Norwich, manufacturer of fairtrade chocolate with an online business based in Hampshire and Caley’s Cocoa Cafe in Norwich’s Guildhall. What connection these businesses have to each other and to the old Caley family is anyone’s guess. Still, the name lives on.

The old Rowntree-Mackintosh chocolate factory has given way to the posh Chapelfield Shopping Centre. All that remains of the old industrial buildings are the granite millstones that used to grind the cocoa beans, now re-used as seating for the huddled gangs of smoking pariahs outside the rear entrance to the mall. Rolos have given way to Apple, Munchies to Mango. And so our post-industrial world is kept turning by rampant consumerism, conspicuous spending only interrupted by the occasional Costa coffee. Make mine a cappuccino. With a generous sprinkle of Cadbury’s on top. 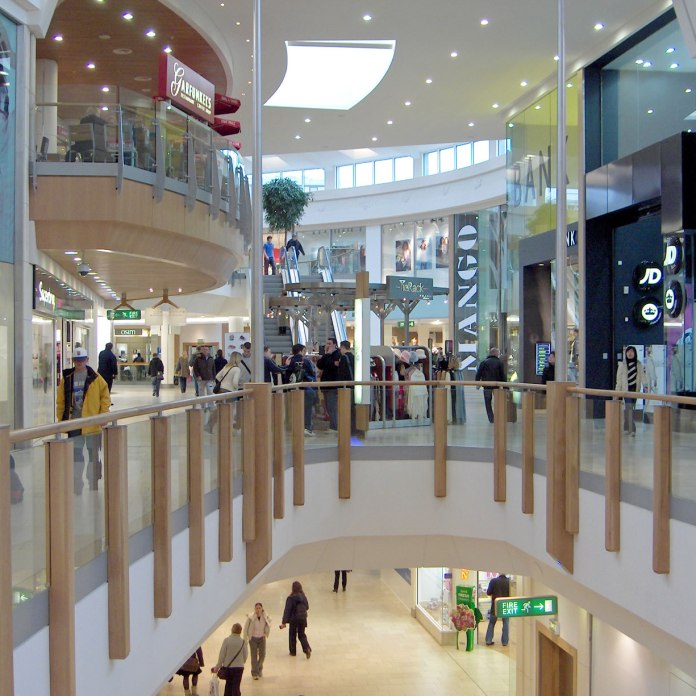 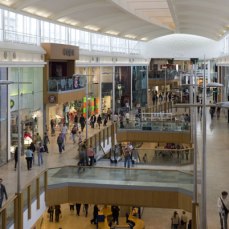 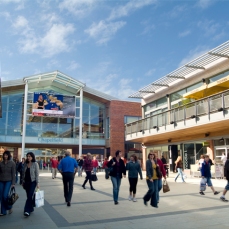 12 thoughts on “The Last Rolo”