It’s the summer marching season once again and the ordinary and the extraordinary all around the world are doing their bit for the cause (when they’re not being ostracised, abused, brutalised, beaten, jailed or murdered, that is). It was Gay Pride in Istanbul at the weekend (the largest in the Muslim world) and thousands of people marched along İstiklâl Caddesi (Republic Street), Istanbul’s jugular, carrying aloft a giant rainbow flag. Turkey’s po-faced and increasingly unhinged Prime Minister, Recep Tayyip Erdoğan, muttered a few words of disapproval which is a good enough reason as any to shake your booty, out and proud, along the famous street. Unlike some Istanbul demonstrations in recent times, the march ended without incident from the trigger-happy tear-gassers. As the crowd dispersed peacefully through the side streets, some may have passed by the British Consulate, a grand Italianate-style building and once the potent symbol of Nineteenth Century imperial virility. If they looked up, they will have seen the rainbow flag flying out and proud above the building. We Brits often get things oh so wrong (just look at Iraq these days) but now and again, we get things oh so right. 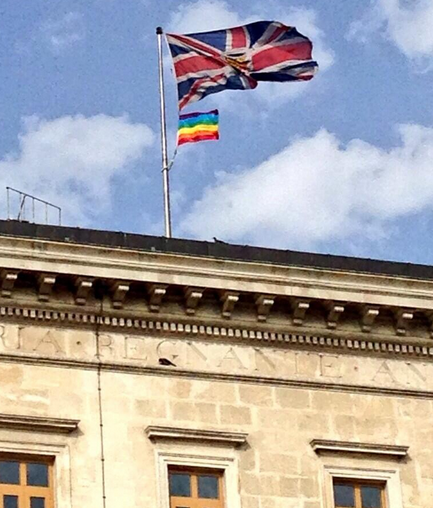 Thank you to Turkey’s for Life for a tweet in the right direction.