The great castle keep of Norwich dominates the city’s skyline. At first sight, it looks too twee to be authentic, its walls too sharp, its stonework too clean and its decoration too untroubled by the march of time. No wonder Liam and I assumed it to be a folly, a romantic Victorian nod to a more chivalrous age (if such a thing ever existed). As it happens, we were entirely wrong. While most of the sprawling castle has disappeared, the old keep and its handsome white Caen limestone walls have endured for almost 900 years. Its conversion from a royal palace to the county gaol in the 14th Century ensured its survival. The hanging, flogging and incarceration continued with great gusto for 500 years until the building opened as a museum in 1894. There’s a lesson there for us all: adapt to survive. 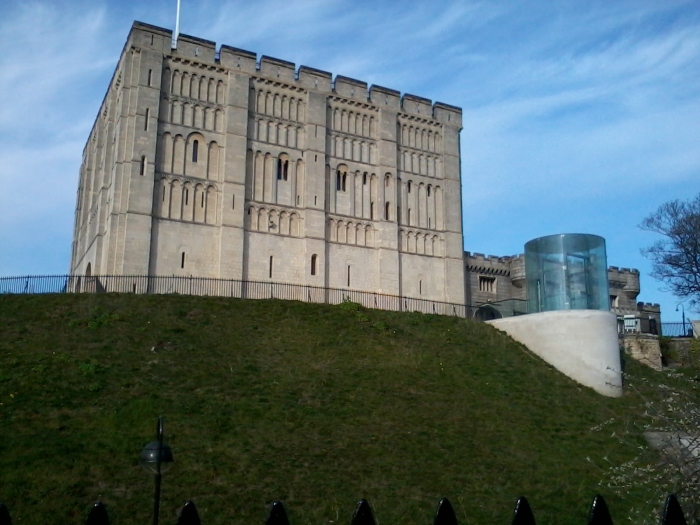 I’d passed around the keep many times but had never bothered to pop in for a gander. That was until a new exhibition caught my eye – Roman Empire: Power and People – a British Museum tour. While the show didn’t quite match up to the scale and glory of the Ephesus Archaeological Museum in Selcuk (one of the highlights of our Turkey years) it was a beautifully formed diversion for a couple of hours on a crisp sunny day. 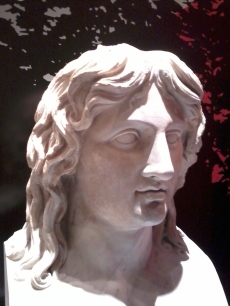 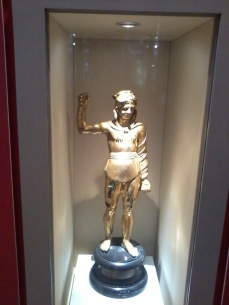 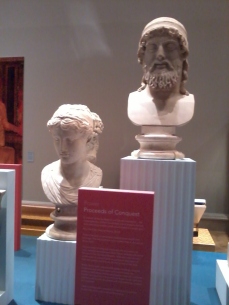 The remainder of the museum is given over to an assortment of galleries mostly dedicated to local history (Boudicca, Anglo-Saxon and Viking East Anglia, prison life). There’s even a small Egyptian gallery with its very own mummy (the excuse being that Howard Carter of King Tut fame grew up in nearby Swaffham). And only in England would you find a gallery dedicated to teapots – all 3000 of them. Sadly, the Teapot Gallery was closed (for a tea break, presumably). Generally, the exhibits had a school field trip about them. Oh to be twelve again. The keep itself is impressive and certainly wowed Liam. The Victorian renovators removed the cell blocks to open up the building’s shell and installed a galleried balcony at the level of the original Norman floor. Two massive arches support the roof. The ‘new’ look gives a real sense of the scale, something intended to send a powerful message to the defeated and downtrodden Anglo-Saxons in their tiny thatched hovels. The nasty Normans were saying, “We’re in charge and don’t forget it.” These days, aircraft carriers convey the same message. 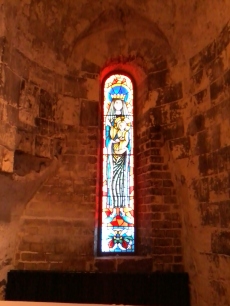 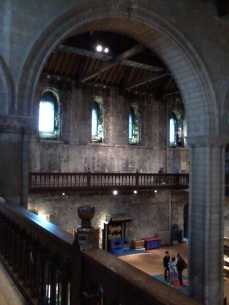 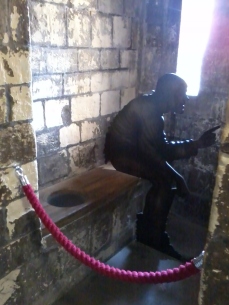 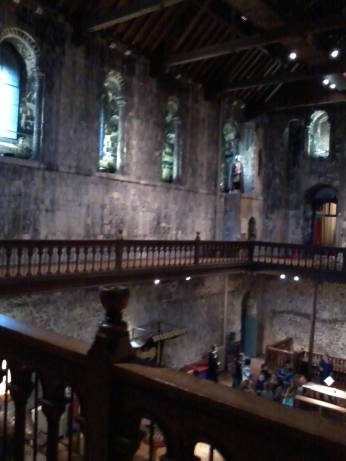 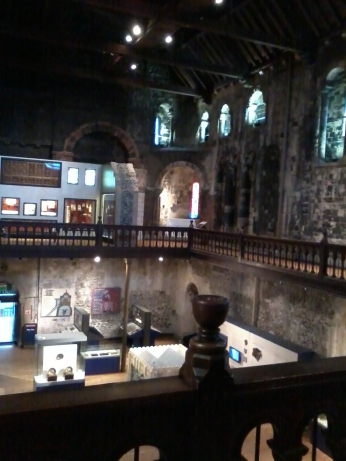 4 thoughts on “When in Rome”