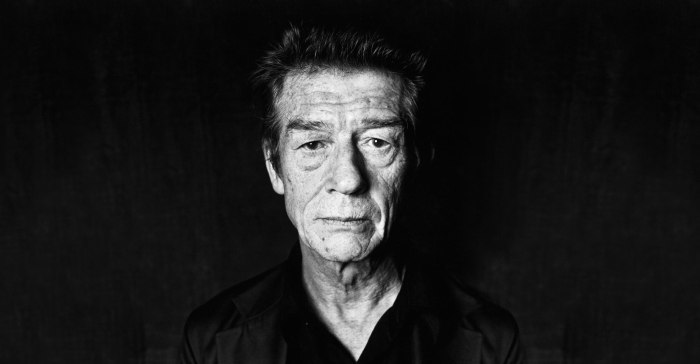 John Hurt, the first Chancellor of the Norwich University of the Arts, was a talented, versatile and prolific character actor. His superb portrayals of John Merrick, the Elephant Man, Max in Midnight Express and Caligula in the BBC’s I, Claudius immediately spring to mind. There are many, many others in a career spanning six decades. But for me, it was his role as Quentin Crisp in The Naked Civil Servant which resonated the most. It was 1975 and I was 15 and fretful. The film was a revelation. Not because I wanted to do a Crisp by slapping on, dragging up and renting myself out for a few shillings. No, because I suddenly realised that if Quentin could live an unabashed life during the most hostile of times, then my own coming out might not be so traumatic. Apparently, John Hurt was strongly advised against taking the part. It would be career suicide, he was told. Hurt ignored the doomsayers and I’m so glad he did. And despite a few initial wobbles, my step from the closet turned out just fine. 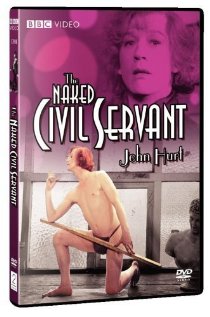 Mentioning Quentin Crisp in a recent post compelled me to re-watch the Naked Civil Servant, Crisp’s TV biopic first broadcast in 1975. The incomparable John Hurt played the equally incomparable Crisp (or Dennis Pratt, to give him his real name). The film made stars of them both. It was an overnight sensation and catapulted Crisp to centre stage and a new career at 67. I watched the original broadcast as a spell-bound 15 year old. The Edwardian dandy’s resolute insistence that he would be what he wanted to be, despite the considerable odds stacked against him, was an inspiration to this post-pubescent boy coming to terms with his sexuality. Looking back, it was a major miracle that he survived the ordeal to tell the tale.

I didn’t always agree with Quentin’s more outrageous pronouncements. His public faux pas that AIDS was ‘a fad’ was completely stupid and something he never fully recovered from. But, in the final analysis, he was a pansy pioneer who burst through the barriers and made the world a little safer for the rest of us. For that I honour him.