It’s often said that the strength of the English Language is its extraordinary ability to absorb, evolve and invent. All fine and dandy. Otherwise we’d still be grunting like Beowulf. But being old and increasingly resistant to change, there are some modern verbal twists that make me want to scream – literally.

Here are a few of my least favourite things.

I like ‘like’. It’s a likeable little word with an ancient pedigree – Old Norse – handy for many a sentence. Handy that is except when it’s repeated ad nauseum by some reality TV nobody in terracotta tan and Brazilian.

These days everything is awesome. No it’s not. The Niagara Falls are awesome. The annual migration of wildebeest across the Serengeti is awesome. A meal at Nandos is just chicken.

So, it seems anyone explaining something or telling a story – from learnéd professors on the Ten O’Clock News to the trendy young things on Graham Norton’s big red chair – begin with ‘so’. So, literally everyone’s at it. So, even Mr Norton’s TV company is called ‘So Television’.

And when asked how they feel about something, the response invariably starts with…

Which, of course, is a lie.

And then there’s ‘myself’, ‘ourselves’ and ‘yourself’. Why have people suddenly started speaking like a copper trying to talk posh in the witness box? What the hell is wrong with ‘me’, ‘us’ and ‘you’?

A phrase used to describe the variable quality of services across the realm, used over and over again by lazy journalists. Frankly, I’m only interested in the actual postcode lottery and only then if I’ve won the twenty-five grand.

You smashed it/you nailed it/you made it your own/you blew the roof off.

The mindless verdicts delivered by talentless talent show judges to some wannabee who’s just butchered a Whitney Houston classic. Someone really should tell the tele-fodder that their pop career will be shorter than the life cycle of a fruit fly and that the only one really nailing it is Simon Cowell.

What’s the ‘at all’ about? All of what? Yes, of course I want a bloody receipt – all of it. How else can I bring something back?

Where once we used to challenge, expose, question, examine and probe, now we ‘call out’. Even Maybot (our current prime minister who may not be in Number 10 by the time this nonsense goes out) says it. And her a grammar school girl too. I blame Harvey Weinstein and the rest of the neanderthals who’ve been ‘called out’ with their knickers down.

Er, no you won’t. You literally can’t.

I think I first heard this techno-babble on the BBC’s Newsnight. Apparently it translates as ‘belief overcomes fact’. Nothing new there – religion has been playing that trick ever since Adam and Eve uttered the words ‘where do we come from?’ In my day, metrics were all about metres and litres and an optic was a device for measuring the hard stuff in a pub. Can I get, like, a double?

And last, my most disliked…

“I literally jumped out of my skin.”

No you didn’t otherwise you’d be in the morgue with your vital organs hanging out – literally.

Here endeth the lesson from a fully paid-up member of the grumpy old farts club.

We’re getting too long in the tooth for this exhausting New Year malarkey. The days are long gone when we would queue up in the rain, squeezed into sequinned hot pants outside some over-priced sleazy boyz club to take recreational drugs and shake our booties into the wee small hours, surrounded by half-naked sweaty men in tight jeans wrapped in fur and tattoos. Come to think of it, it doesn’t sound that bad at all. Sadly, the spirit is willing but the flesh is oh, so weak. Such unfettered decadence is best left to the young bucks who bring up the rear with stamina and a little lovin’ in mind. No, for us, it was a quick bite in town then back home to a warm hearth, Graham Norton and a bottle of bubbly, all capped off with the South Bank fireworks courtesy of impossibly blond London Mayor, Boris Johnson (a wolf in a golden fleece if ever there was one), Vodafone and good old Auntie Beeb. And fabulous pyrotechnics they were too. It’s always good to bring in the new year with a bang don’t you think?

We approached the New Year’s celebrations with the best gay-boy-about-town intentions. At first, we planned to bop ‘til we dropped at The Loft, Norwich’s premier gay club (okay, Norwich’s only gay club).  This idea was soon swapped for a more sedate saunter to our favourite watering hole, The Birdcage, an intimate über-fashionable bar with a metrosexual vibe. The evening started in style with a leisurely bite and a bottle. After polishing off our second Pinot Grigio Blush, we paid the bill and wandered down the cobbled street. We peered through the dripping window of the pub. It was crammed with animated revellers. A line of youthful punters in identical skinny chinos queued at the door. Liam and I looked at each other with a can’t-be-arsed expression and, without a word, we tottered off home, arm in arm. I thought I was letting the side down until I gave a round-robin ring to my London life friends. One was watching Graham Norton, the second was catching a film on Netflix and the third was watching Julie and Julia on DVD. All were nesting on the sofa with their respective partners. Age has crept up on all of us. Like the sudden arrival of grey pubes, we didn’t see it coming. I don’t mind too much. Just like the Virgin Queen, I survived the slings and arrows and have entered my golden age. Elizabeth Tudor was no virgin either.

Every cloud, as they say, has a silver lining. If we had danced the night away in the company of trendy nippers barely out of short trousers, we would have missed the pyrotechnic gig on Auntie. With the exception of the brief and barely disguised party political broadcast on behalf of the Tory Party, the heart-stopping show stopper had us on the edge of our pews. See for yourself…

When I was in negotiation with my publisher, Jo Parfitt, she asked me if Perking the Pansies, the book, would attract a wider audience beyond a gay niche. It’s a question I had asked of myself. It’s not a bad niche to be stuck in. By some accounts, the pink pound is worth about £6 billion in the UK and the US equivalent (the dorothy dollar) is reckoned to be worth a staggering $640 billion. Even if this is an exaggeration in these recessionary times it’s still big bucks.

The more I thought about it the more I realised that neither the book nor the blog are actually about gay life in Turkey, rather they are about a gay couple living in Turkey. This is an important distinction. I did a little digging about my blog readership. It turned out that my pansy fans are overwhelmingly British, female (about 70%) and over 45 (around 80%). Even though the blog is occasionally a little naughty and  gay boy about town, this hasn’t put off the straight reader. This may be because gay culture is much more mainstream in Britain than elsewhere. The gay scene has emerged from the dark ghetto on the wrong side of the tracks and gone very high street (or Main Street as they say on the other side of the pond), the Daily Mail has stopped being routinely beastly and the tea-time TV choices for British women of a certain age are Graham Norton and Paul O’Grady (neither of whom hide their flashing pink light under a bushel).

What do you think? 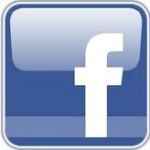 Perking the Pansies, the Book