My fourth guest blogger is Bodrum vetpat and dedicated pansy fan, Carole Meads. Carole offers keenly priced, top-notch holiday properties in the pretty and peaceful resort of Torba, just 4kms from Bodrum. Take a look here if you’re thinking of visiting this part of the world (no, I don’t get a cut!). Here’s Carole writing about her attempts to learn Turkish. We’ve all been there.

Six and a half years ago I decided to make this idyllic coastal part of Turkey my home, along with a good friend who reassured me that learning the language wouldn’t be a problem. The Turkish language has its roots in Central Asia and the written form dates back to the 8th Century BC. in Mongolia.  As part of Ataturk’s reforms in 1928 he changed the written form of the language from the Arabic alphabet to the phonetic form of the Latin alphabet. He hoped this would aid communications and simplify things for non-Arab speakers… 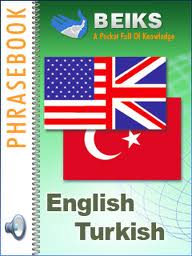 Sadly, for a first time new language student, grappling with a different word order is hard enough and then it gets complicated. The Turkish language is based on vowel harmony and agglutination. It has to sound right and words are built up into sometimes incomprehensible length in order to make a point! So armed with a library of grammar, phrase books and CDs we set about teaching ourselves but somehow it never came to anything. ‘Speak to the locals’ knowledgeable ex-pats advised. These attempts at communication were met with confused expressions, grunts or replies in perfect English!

We soon decided that living in Bodrum, learning the lingo was going to be no mean feat. To be fair we quickly picked up basic chat and essential phrases – we got by but as soon as the conversation went ‘off-piste’ we were flummoxed. Then eighteen months ago a minor miracle happened. We heard about a new Turkish course starting up locally and at a price which matched our “non working” status! By this time I had become convinced that I would never learn Turkish, my friend already having mastered a couple of other languages was not so easily put off and immediately signed up. Her enthusiasm spread, several of our friends joined up and eventually even I gave in and decided to give it a go. 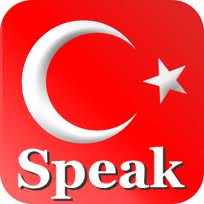 Erhan our teacher can only be described as ‘saintly’. He painstakingly prepares idiot proof lessons, listens to our horrendous annihilation of his native tongue, laughs with us not at us, all the while trying to understand the idiosyncrasies of the English language and ex-pats.

These days I lurch between declaring that I will never be able to speak this damn language and catching the jist of overheard conversation as I sit crammed in amongst the locals on the Dolmus. They say you have lost about 90% of your ability to learn a new language by the time you reach nine years old. Having reached an age considerably past nine, perhaps I shouldn’t be giving myself such a hard time?