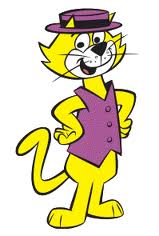 Street dogs are less prevalent in Bodrum than in Yalıkavak. The few canines wandering the streets are vastly outnumbered by the litters of feral cats that bother al fresco diners and rummage through the bins. After our neighbours moved in they encouraged a tabby cat to take up residence in our shared garden by feeding her kitchen scraps. We called her Tabitha. We assume she’ll be handy for keeping rapacious rodents at bay.

By day Tabitha spends the time basking in the warming morning sunshine and only stirs when the sun is at its height to resume her cat nap under the dappled shade of an old olive tree. By night it’s breeding season and the queen wakes from her idle slumber for a bit of the other. We’re serenaded by a cat’s chorus of ear-splitting decibels loud enough to wake the dead as our feline neighbours indulge in orgies of Roman proportions. I assume Tabitha is the local bike being ridden by every Tom, Dick and Harry. No doubt she’ll soon present us with a litter of multi-coloured kittens.