There’s been a flurry of historical war films lately and more to come, I’m sure. It’s not surprising, given the various centenaries involving the Great War of 1914-18 and the knock-on remembrance of other major conflicts. As a general rule, I don’t do war movies. I’d much rather watch Maggie Smith in bustle and bodice than endure the blood, sweat and tears of the trenches. One exception was the cinematic tour de force, Dunkirk  – a masterpiece. Then came The Darkest Hour, a fictionalised account of the first few weeks of Winston Churchill’s premiership during the Second World War; France is finished, the Brits are trapped, the Americans are hedging their bets and Churchill must decide whether to parley with Hitler. The days don’t get any darker than that. We were drawn in by reports of Gary Oldman’s performance as Winston and his Churchillian prosthetic transformation.

I’ve liked Gary Oldman ever since he played Joe Orton, the controversial and irrepressibly gay sixties playwright, in the deliciously naughty but tragic biopic Prick Up Your Ears.  In The Darkest Hour, neither Gary nor the prosthetics disappoint – both are superb. And what of the film in general? It’s a witty script that doesn’t whitewash Churchill’s considerable flaws, ruthless streak or periods of mental paralysis. But it’s the performance that makes it. Expect a few gongs for Oldman and the clever people in the rubber department.

We also recently saw the latest Star Wars blockbuster – The Last Jedi. The critics loved it, the fans less so. I’m with the fans.

Lauded as a return to the great Hollywood musicals of yesteryear, the very thought of ‘La La Land’ made Liam go weak at the knees. Must be the gay gene. Either that or arthritis. So we sank into our comfy seats at Cinema City, big drinks in hand and surrounded by the wealthy wrinklies of the county for a grey hair-raising, foot-tapping, old school show. Sadly, for me, the hype didn’t quite live up to the reality. The plot – a love affair between a failed actress and her down at heel jazz player – was engaging enough. I’m partial to a simple boy meets girl romance (or boy meets boy, girl meets girl for that matter). But the ambitious and much-praised opening danceathon at a traffic jam on a LA freeway was underwhelming and the other song and dance routines peppering the film seemed a bit random. Emma Stone was dazzling in the lead but Ryan Gosling as her beau, while very nice to look at and not at all bad on his feet, was well, flat, acting-wise. The film was atmospheric and partially redeemed by the closing ‘what if?’ scene so I suppose the moral of the story is that love doesn’t always conquer all.

With a full chorus of rave reviews and gongs galore, the film will undoubtedly conquer all at the Oscars so what do I know? And Liam loved it.

Here’s the official trailer. It’s better than the movie.

It’s Oscars night and the smart money’s on Eddie Redmayne as Best Actor for his extraordinary portrayal of scientist Stephen Hawking in The Theory of Everything. Part love story, part biopic, we saw the film last month and were utterly mesmerised; by the performances, by the score and by the story. Hawking, everyone’s favourite cosmologist, was diagnosed with motor neuron disease at the hopeful age of 21 when he was a rising star at Cambridge. He was given two years to live. He’s now 73 and his place in the heavens is assured. As for Redmayne, he is Hawking’s doppelganger and when he smiles, the entire screen lights up. What kind of cinematic trickery is that? 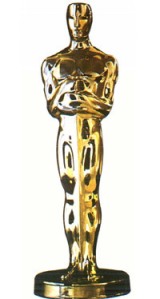 I lost Liam to a night at the Oscars on the CNBCe channel. He watched the entire back-slapping marathon from the glitzy red carpet entrée of fixed Hollywood smiles, borrowed frocks and asinine chatter right through to the tacky banquet of tearful and gushing OTT acceptance speeches. I awoke to find Liam asleep on the sofa wrapped like a babe in swaddling clothes. I went about my morning household chores silently. The washing machine on final spin finally roused him from his slumber.

‘The King’s Speech’ won Best Picture and Colin Firth who made his name wearing magnificent britches and a stiff upper lip was awarded the gong for Best Actor. We’ll take in the film when it’s released in Turkey. The multiplex at the Oasis Shopping Centre just outside Bodrum is cheap, comfortable and civilised, providing armchairs and a mid-screening fag break for the punters. Unfortunately, the entertainment can be rudely disrupted by a Turk shouting down a mobile.