Yesterday, Norwich Pride reached the grand old age of 10 and the streets of the city throbbed to the fabulous in their multi-coloured glory. We came, we saw, we partied along with the mums, dads, kids and grandparents. Summer is Pride season and rainbow flags have been flying across the realm. Sadiq Khan, London’s Muslim Mayor, danced across a giant flag during London Pride and even the sleepy Suffolk town of Beccles flew one from the Town Hall. It’s about inclusion, right? 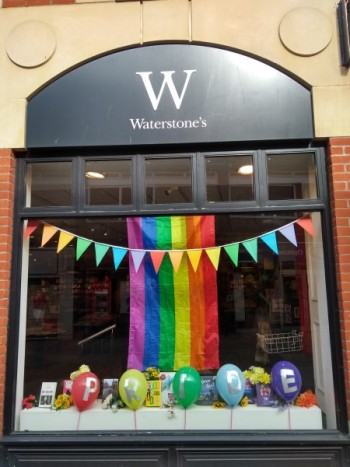 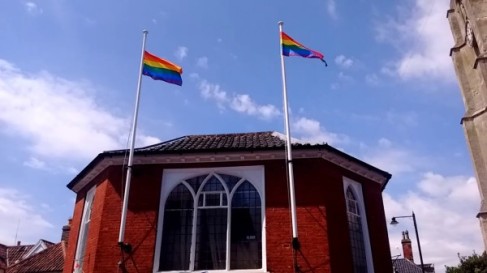 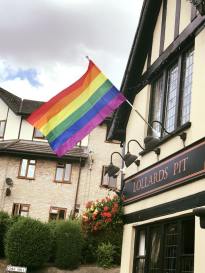 Not in Russia it’s not. In Russia the rainbow flag is subversive gay propaganda opening the floodgates to kiddie-fiddlers, making ladies of the lads, lads of the ladies and bringing Mother Russia to her knees. Waving it can land you in the clink, or worse. The term ‘Russian bear’ doesn’t refer to a hairy mary bopping round a bum-bag to Abba’s Dancing Queen, and it takes a brave soul to be out and proud. And so a band of rainbow comrades employed a little cunning to get their point across at the recent World Cup. Big respect to Norwich’s very own Di Cunningham, chair of Pride in Football, who rolled out the Three Lions Pride flag at England games. I’ve read Di and her team got a bit of low-level hassle from the authorities, but as the flag was endorsed by the English Football Association and supported by the UK Government, the Ruskies let it go. No one was going to provoke an international incident at Putin’s big showcase.

Ambassador Laurie Bristow & Deputy Ambassador Lindsay Skoll welcome England fans Di Cunningham @di_ceee & @JoeyWh1te from @3LionsPride to Moscow ahead of this evening’s big match. Football is for all, regardless of gender, ethnicity or sexual orientation. pic.twitter.com/rrIWH66lIo

More subtle was a group of activists from Spain, The Netherlands, Brazil, Mexico, Argentina and Colombia who roamed the streets, squares and subways of Moscow wearing their national kits which just happened to make up – you guessed it – the rainbow flag. Now that’s what I call a result. 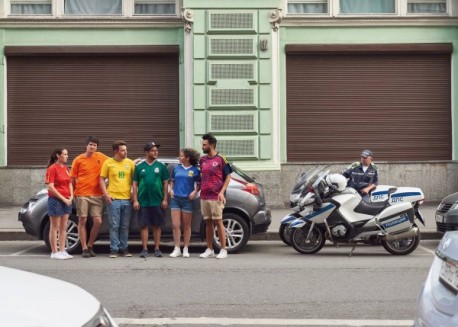 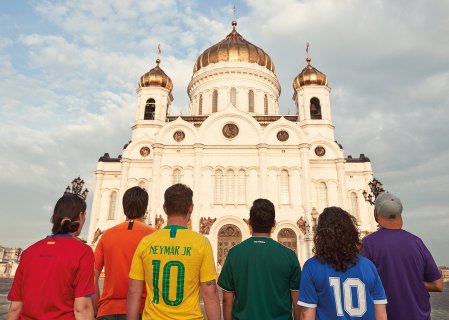 Jack Scott Imagine the absurdity of two openly gay, married, middle aged, middle class men escaping the liberal sanctuary of anonymous London to relocate to a Muslim country. I chronicled our exploits with the mad, the bad, the sad and the glad in a blog for the whole world to ignore. Then came the book which became a critically acclaimed best seller. Its success opened out a whole new career for me, firstly as an author, and now as a publisher. Who'd have thought it? Certainly not me. In June 2012, we ended our Anatolian affair and paddled back to Britain on the evening tide, washing up in Norwich, a surprising city in eastern England, then to the wilds of Norfolk as the only gays in the village. I’m sometimes nostalgic for our encounters with the hopeless, the hapless and, yes, the happy go lucky. They gave me an unexpected tale to tell and for this I thank them.
Published 29 July, 201819 September, 2018