Three days before the official publication of Turkey Street, the pre-released Kindle edition hit the top spot on Amazon in Middle Eastern Travel (as well as No 2 in LGBT Bios and No 5 in Turkey Travel Books – above more illustrious titles from Eye Witness, Rough Guide and even Orhan Pamuk). And that’s not all, the book’s already received two totally un-staged five star reviews. Blimey! 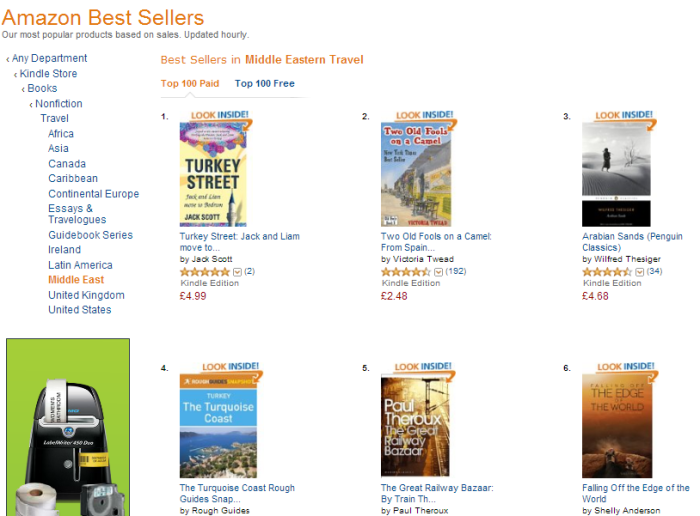 9 thoughts on “Top of the Travel Pops”