As anticipated, our London to Brighton expedition was a booze cruise of Swedish proportions. The main seaside event was supposed to be Elaine Paige in concert at the Brighton Dome courtesy of our London playmates. I say, supposed because Ms Paige cancelled at the last minute. She was laid up with a throat infection – a killer for any singer or porn star – and no amount of gurgling loosened the famous pipes. Elainey may only be a minor deity in the pantheon of demanding divas (not a patch on drunken Judy, mad Barbra or po-faced Madge) but she can bang out a tune better the most and was the definitive Evita. We drowned our sorrows in a cabaret bar that served up warm wine of excruciating awfulness. We drank it anyway.

The next day, the wind powering up the English Channel blew us into the Royal Pavilion. Despite multiple trips to the bright lights of Brighton down the decades, I’d never ventured into the Pavilion before. The pastiche fantasy – styled in onion-domed Disney-Mughal on the outside and lavish Chinoiserie on the inside – was the extravagant pleasure palace-on-sea of serial slut George IV.  Oriental imagery was all the rage during the Regency period and not a penny that Fat George didn’t have was spared. It’s still fabulous but, as I toured the opulent salons, I wondered what the huddled masses made of the folly they had paid for.  Ironically, it’s owned by the council now. 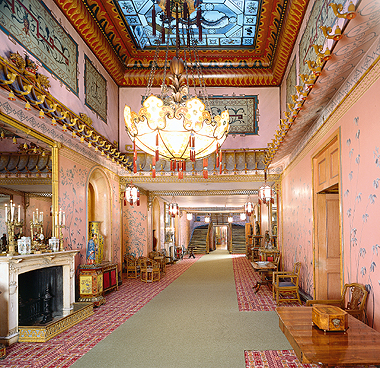 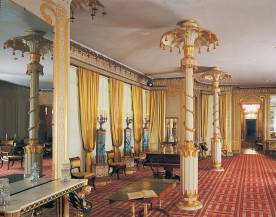 We were rather relieved to leave Brighton in the end. There’s a sadness about the town, something I hadn’t noticed before. I must be getting old.

10 thoughts on “Exit Through the Gift Shop”