Following on from yesterday’s soccer post, a vetpat pansy fan sent me a picture taken at the Fenerbahçe Ladies’ Night. Allegedly, a supporter was accused of trying to trick the stewards at the turnstiles by dragging up in his mother’s headscarf and Playtex eighteen hour girdle (lifts and separates). Transvestism has a long, though often rocky, tradition in Turkey. Imagine the indignation of this poor sister, when what was thought to be a cross-dressing man was, in fact, a bone fide woman. Okay, she’s no Elizabeth Taylor but what an insult!

You can catch the original CNN Turkey article here but it’s in Turkish so let’s hope I’ve got the story right and I’m not maligning some poor woman’s reputation.

Thanks to Angela for this one. 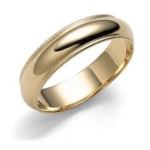 Til Death Us Do Part