I heard through the grapevine that a bottle of vino from Norfolk had been recognised as one of the best in the world. It won a platinum best in show medal at the Decanter World Wine Awards 2017, one of the industry’s most prestigious competitions. Fancy that! The winning white, the Bacchus 2015, comes from the family-run Winbirri Vineyard on the edge of the Broads National Park. Apparently, the name Winbirri comes from the Anglo-Saxon ‘win’ for wine and ‘birri’ for grape – though I suspect rough beer was the tipple of choice back in the day for those merry Angles of old swigging from their drinking horns, Beowulf-like. And so it is again, judging by the spectacular revival of indie brewers across East Anglia. These days, it’s artisan ale and hipster whiskers at every tavern. Drinking horns have yet to come back into fashion. Give it time. 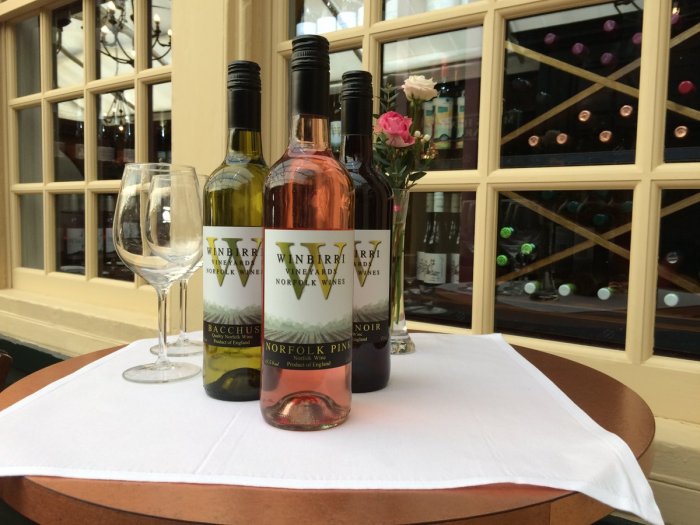 English wines have been winning gongs galore for a while now. The weather’s brighter these days, it’s a global warming thing. With rising sea levels, we might as well make merry before the North Sea laps about our knees. At 14 quid a bottle, the Winbirri winner is a bit pricier than the plonk we normally guzzle but we thought we’d give it a go to see what all the fuss was about. All sold out. Sad face.

Images are courtesy of Winbirri.

Jack Scott Imagine the absurdity of two openly gay, married, middle aged, middle class men escaping the liberal sanctuary of anonymous London to relocate to a Muslim country. I chronicled our exploits with the mad, the bad, the sad and the glad in a blog for the whole world to ignore. Then came the book which became a critically acclaimed best seller. Its success opened out a whole new career for me, firstly as an author, and now as a publisher. Who'd have thought it? Certainly not me. In June 2012, we ended our Anatolian affair and paddled back to Britain on the evening tide, washing up in Norwich, a surprising city in eastern England, then to the wilds of Norfolk as the only gays in the village. I’m sometimes nostalgic for our encounters with the hopeless, the hapless and, yes, the happy go lucky. They gave me an unexpected tale to tell and for this I thank them.
Published 11 June, 201711 June, 2017