The debate in the House of Commons was predictable and as suspected, the traditional wing of the Parliamentary Tory Party revolted. Despite the bluster from the Colonel Blimp types, the Marriage (Same-Sex Couples) Bill passed its second reading with flying colours – by 400 votes to 175. I call that a comfortable majority. The Bill now passes to the Upper House and will no doubt get roughed up by a cohort of unelected geriatric reactionaries and dusty old farts in cassocks. I never thought I’d ever say this, but I applaud David Cameron’s bravery in facing down the rebellion. He’s trying to drag the Nasty Party into the 21st Century. He needs all the help he can get. Too many Tories are still living in the 19th Century, a time of gunboat diplomacy, child labour and rotten boroughs. They’re a dying breed and the society of inequality they cherish is dying with them. The grey men in the shires may be sharpening their knives but I suspect that Mr Cameron is safe for now. The coalition of political convenience will limp on to the next General Election. They will lose spectacularly and Mr Cameron will find himself cast out of Number Ten on his old Etonian arse (with a few daggers in his back). Don’t worry, David, a fat job in the City is assured.

On the day, the vote was all over the News. But the hacks and the pundits focused on the split in the Tory ranks rather than the issue of marriage equality itself. The canny media know that in the real world, it’s a bit of a non-issue, particularly among those under 40. By the very next day, the Press had moved on to greener pastures – another depressing scandal about NHS failure. Now that’s something that really matters. The marriage equality law will eventually pass (and I hope we pip the French at the post) and when the dust has settled, reasonable people will wonder what all the fuss was about. 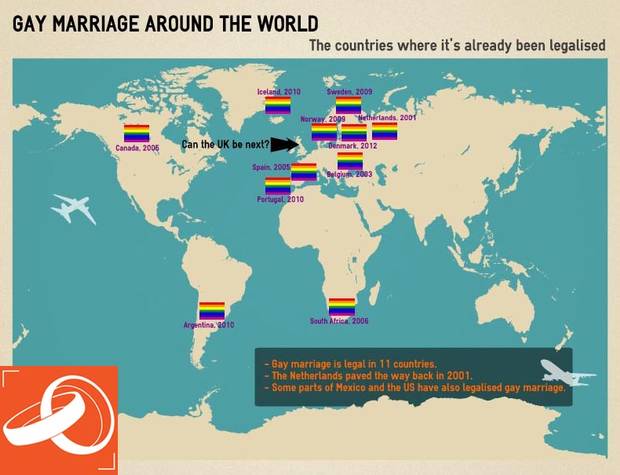 16 thoughts on “Same Sex Marriage in England and Wales”