In the summer of 2012, we parachuted into Norwich on a wing and a prayer. We hadn’t the slightest inkling whether this golden-oldie city of medieval steeples would suit us or not. It was a difficult ask: somewhere we could replant our off-peak life but avoid the workhouse and somewhere within a bearable commute of London so we could keep tabs on our folks.

When we first paddled up the Wensum, we somehow ended up living in a Grade II listed Seventeenth Century brick and flint weaver’s cottage. The place had been through the wars and oozed history. By the Nineteenth Century, weaving had gone the way of the dodo and the cottage was reincarnated as a public house. In the Thirties, the Great Depression depressed ale sales along with everything else and time was called on the Devil’s brew. After that, the building gradually fell into miserable dereliction, boarded up and unloved. The final insult came when the building was gutted by fire; demolition seemed likely. Cue the city elders who stepped in with their compulsory purchase powers, repaired the structure, modernised the fabric and flogged it off. In 1986 the Weaver’s Cottage was reborn as two comfortable maisonettes with all mod-cons. The partially charred beams above our marital bed are the one remaining sign of that near-death experience. 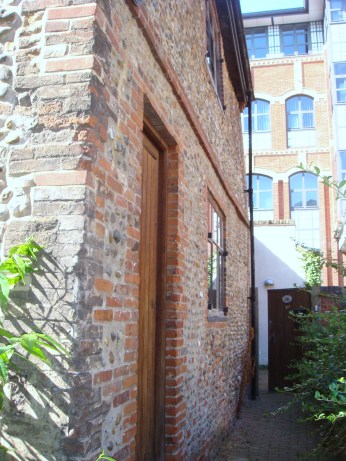 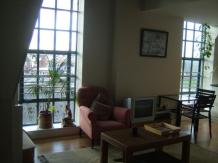 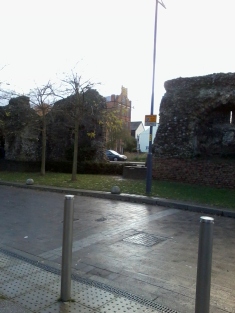 A year and a bit on, those itchy feet are back but this time we’re moving across town, not continents. We’re rather taken with Norwich and have decided to put down roots by buying a small piece of it (while we can still afford to). So it’s goodbye to our pretty weaver’s cottage with its olde worlde beams, toffee-coloured fireplace and drafty halls and hello to our handsome warehouse conversion just beyond the old city walls with big picture windows, views across the burbs and proper insulation. We’re expecting our bills to plummet. Otherwise, that workhouse beckons.