Last Christmas, our gift from the in-laws was a fancy meal in a top-notch Indian eatery in old London Town – at a time and date of our choosing. We waited ’til spring to combine our lunchtime curry with a nautical-themed long weekend, staying in Greenwich, home to the Prime Meridian – of Greenwich Mean Time (GMT) fame.

Our first day was spent following the crowds along the tourist trail around the Maritime Greenwich World Heritage Site, popping in and out of the museums. Unlike my last trip as a young whippersnapper, we didn’t make it up the hill to the Royal Observatory. Liam was crest-fallen that he didn’t get a chance to stand astride the Prime Meridian.

On day two we cruised the riverboat from Greenwich pier to Battersea Power Station, which once lit much of London but has since been redeveloped into well-appointed rabbit hutches with obscene price tags. We were hoping to look around the massive power station itself but it wasn’t to be; it’s still a work in progress. The Cinnamon Kitchen – the chic venue for our meal – more than made up for our disappointment. The nine-course taster menu was probably the best Indian food I’ve ever had. And the mango sour cocktails weren’t bad either.

Our final full day in the Smoke saw us taking in the sights, sounds and exotic smells of Borough (up)Market followed by a quick gander round Shad Thames, the uber-trendy South Bank district, and a troll along the riverside Queen’s Walk. It’s an area I know fairly well and was the venue for my jury service at Southwark Crown Court back in the day. Eventually we docked at the best-guess replica of the Golden Hind, the first English ship to circumnavigate the globe, captained by Francis Drake – hero, buccaneer, pirate, thief (delete according to taste). After all that exertion, who could refuse us a restorative tonic and gin at an old riverside inn?

Those naughty young men at Warwick University Rowing Club certainly know how to perk up a dull day.  Since first getting their kit off in 2009 to raise money for their club and to combat homophobia in sport, they’ve raised over £200,000 in 77 countries. Not to miss a trick, the enterprising bunch have also branched out into posters, tee shirts, greeting cards and hoodies. They’ve dropped their drawers again for 2015 and have just completed a three-week promo tour in the USA. These boys are getting as big as the Calendar Girls.

Believe it or not, back in my old school days I used to row myself. No, really, I did. And I wasn’t the cox. It was infinitely preferable to playing rugby, a sport I loathed with a passion. Paddling up and down the Thames in the rain could be a bit grim but mucking about in boats during the summer months was a pleasant way to pass a warm Wednesday afternoon. I was the Bow in the B Crew and we excelled only at catching crabs.* As if to prove our uselessness beyond reasonable doubt, in 1976, we proudly came last out of a cast of hundreds in the Head of the River Race, an event that takes place between Mortlake and Putney every year. Quite a feat, don’t you think? 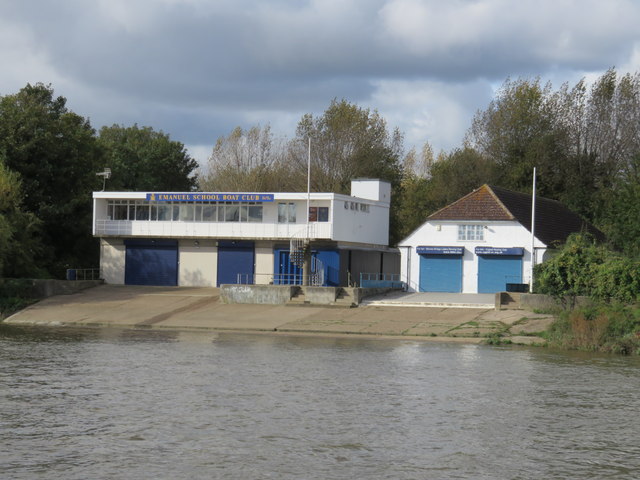 Needless to say, none of my crew looked anything like the fit boys from Warwick. More’s the pity.

*A rowing error where the rower is unable to timely remove or release the oar blade from the water and the oar blade acts as a brake on the boat until it is removed from the water. This results in slowing the boat down. A severe crab can even eject a rower out of the shell or make the boat capsize (unlikely except in small boats). Occasionally, in a severe crab, the oar handle will knock the rower flat and end up behind him/her, in which case it is referred to as an ‘over-the-head crab.’ Source: Wikipedia. 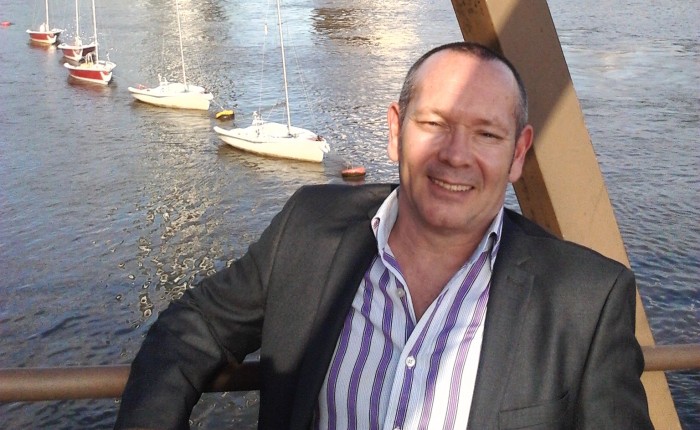 The sun shone, the bride and bride kissed, the pansexual crowd whooped, the fizz popped and the waters trickled by in approval. After the nuptials in Islington, the wedding party was delivered via double decker to Blackfriars Pier where we joined them, all suited and booted (well, I’ve got to get some wear out of the two piece I bought for the funeral of my celebrated uncle). What started as a boozy cruise down Old Father Thames ended with a slow smooch on a riverside dancefloor and two very happy ladies. Liam caught up with old colleagues from his waged days and I got to flirt with a bone fide fire fighter. The hettie-man didn’t seem to mind any of my obvious batty-man gags about sliding down his greasy pole and playing with his enormous hose. The running buffet, bottomless barrel and limitless goodwill helped ensure our first lesbian wedding was a rip roaring success. We felt honoured to witness it.

The only blot on the landscape was our uncomfortable room at the Comfort Inn, Vauxhall, with its thin duvets, wonky fittings and tiny shower cupboard with a loo barely big enough for a five year old. Still, we were three sheets to the wind thanks to our generous hosts so we hardly noticed.

The wedding album isn’t out yet so here’s the view from the pier at the Westminster Boating Base in Pimlico where the reception was held. Liam said I scrubbed up rather well and who am I to argue? 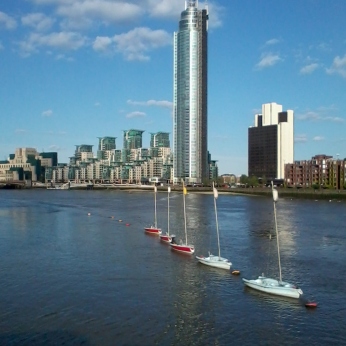 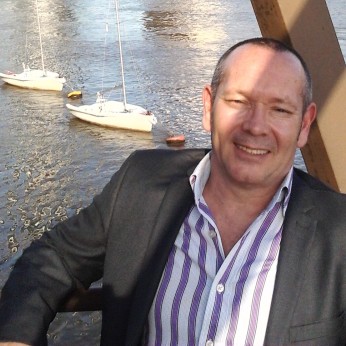 We spent a chilly evening warmed by a blazing grate and a bottle of red romantically reminiscing about our civil partnership ceremony in 2008. It was a splendid festival of family and friends in the Sky Lounge at the City Inn Hotel, Westminster. We tied the knot silhouetted against a picture postcard backdrop of the Palace and Abbey. With the simple words “The relationship between you is now recognised in Law” ringing in our ears, we embraced to an ocean of beaming smiles, rapturous applause and a chorus of cheers. Blighty has come a long way since the awful Thatcher years.

A champagne reception was followed by an old routemaster red bus tour of London Town from the Abbey to St Paul’s. We crossed Old Father Thames by London Bridge onwards through Borough towards ‘Horse’ in Waterloo, the gastropub venue for our reception and evening knees up. Tables were dressed French bistro style with crisp white linen and porcelain contrasted with a single stem tulip of vivid red. We dined at a top table for two. Speeches were informal and unrehearsed. There were flowers for the seniors, toys for the juniors and posh chocolates and bubbly for significant others.

Liam said it all with a song called ‘Second Time Around’ which he composed covertly over many weeks. Vocals were supplied by Sally Rivers, a top-notch singer of enormous depth and experience with a rich, soulful voice. Fortified by a vat of Dutch courage, Liam nervously accompanied Sally’s recording live on the piano. I listened intently from a distance. It made me thankful he chose me. It was a sweet triumph without a drunken bum note that brought the crowd to its feet and had us sobbing in the aisles.

The evening shindig brought in a bigger audience. I pre-mixed the music with old favourites, dance classics and pop standards – No ‘YMCA,’ ‘Agadoo’ or ‘the Birdie Song.’ The evening jolly was joyously punctuated by a big screen showing of a camp compilation of cleverly cut snippets from famous musicals synchronised to a soundtrack of  ‘I Just Wanna Dance.’

See how many musicals you can name but if you are offended by the word f*****g then you’d best not play it!

The evening was brought to a close by Petula Clark’s ‘The Show is Over Now,’ a fitting end to a momentous day.