I’m a sucker for an old dame, particularly those two old Dames Judi and Maggie. They light up my screen.  My all-time fave is Tea with Mussolini, a regular winter warmer on a chilly night. But any film with them in will do. I’m not fussy. 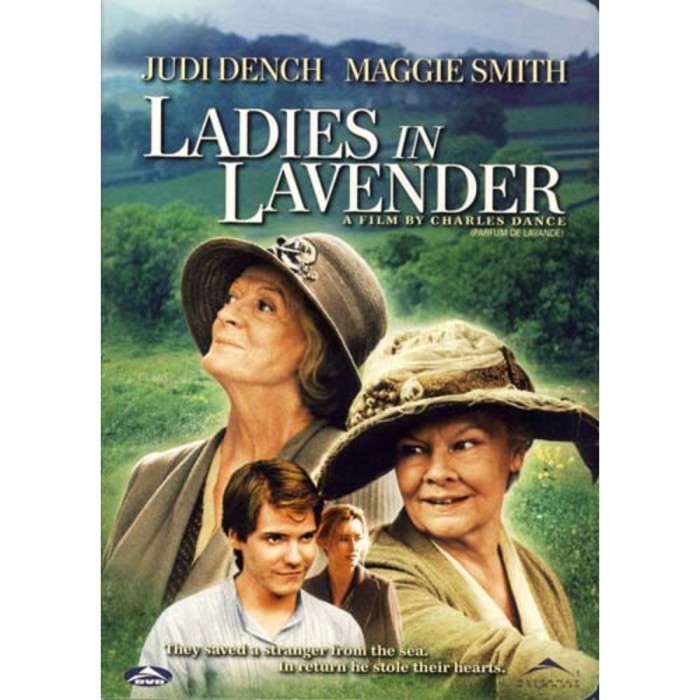 A less well-known screen outing for the pair was Ladies in Lavender, a tender tale of two elderly sisters living quietly in a Cornish fishing village during the thirties who scoop up a handsome young Pole from the beach after he was swept overboard during a storm. They nurse him to health, causing a stir among the locals – and the stirring of long repressed feelings for sister Ursula, played by Judi. The whole thing is a joy to watch, a moral tale of a rescue without hesitation or fear of an economic migrant washed up on a foreign shore. Rather relevant today, don’t you think? And there’s a real Billy Elliot moment at the end that gets me every time. So, when the stage version of the film came to Norwich’s Maddermarket Theatre, we just had to see it (even though neither Dame was in it, obviously).

It was a sterling effort from the cast with the best lines reserved for the housekeeper and delivered with great comic timing. The performance got an enthusiastic hand at the end but I couldn’t help wondering if the message was lost on the mostly elderly audience with their curls, pearls and comfy lives. I hope I’m wrong.

Jack Scott Imagine the absurdity of two openly gay, married, middle aged, middle class men escaping the liberal sanctuary of anonymous London to relocate to a Muslim country. I chronicled our exploits with the mad, the bad, the sad and the glad in a blog for the whole world to ignore. Then came the book which became a critically acclaimed best seller. Its success opened out a whole new career for me, firstly as an author, and now as a publisher. Who'd have thought it? Certainly not me. In June 2012, we ended our Anatolian affair and paddled back to Britain on the evening tide, washing up in Norwich, a surprising city in eastern England, then to the wilds of Norfolk as the only gays in the village. I’m sometimes nostalgic for our encounters with the hopeless, the hapless and, yes, the happy go lucky. They gave me an unexpected tale to tell and for this I thank them.
Published 17 July, 201616 July, 2016

10 thoughts on “Ladies in Lavender”