Under the Tuscan Sun

With Liam back in Blighty, I’m making do. Our Turkish neighbour, Bubbly Beril, knocked on the door and shoved a DVD in my hands. 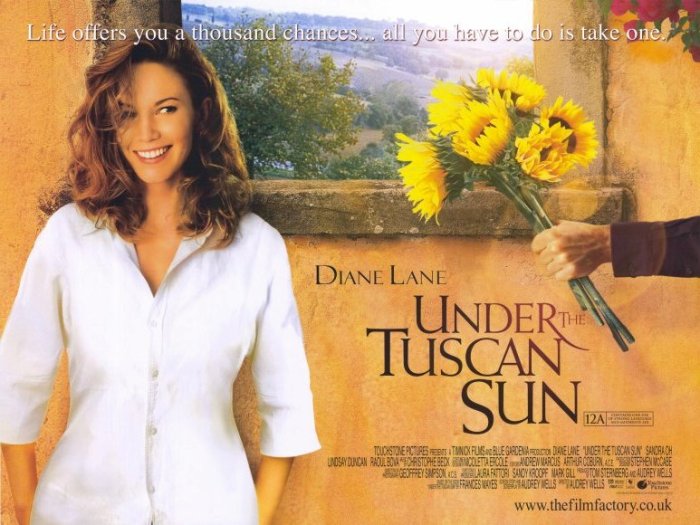 Based loosely on a true story, Under the Tuscan Sun is the tale of an American woman whose marriage collapses around her. She emerges from deep despair and paralysing sense of failure by making a new life in Tuscany, all by chance. It’s a sentimental, sugar coated yarn of love lost and a life regained. Boo to the nasty man who dumped her and hurrah for the cast of colourful characters who pick her up, dust her down and help her start all over again. I cried like a child.

Of course, life isn’t really like a movie. Not everyone’s that nice. The female flotsam washing up on our shores seeking comfort in the arms of a Turk are mostly onto a hiding to nothing. It can work but the odds are stacked against it. For me, the most significant part of the film was that the Yankee expat first arrived in Italy on a Tuscan gay tour.  Beril had picked up the subplot. She was saying, ‘I know and I don’t mind.’

Jack Scott Imagine the absurdity of two openly gay, married, middle aged, middle class men escaping the liberal sanctuary of anonymous London to relocate to a Muslim country. I chronicled our exploits with the mad, the bad, the sad and the glad in a blog for the whole world to ignore. Then came the book which became a critically acclaimed best seller. Its success opened out a whole new career for me, firstly as an author, and now as a publisher. Who'd have thought it? Certainly not me. In June 2012, we ended our Anatolian affair and paddled back to Britain on the evening tide, washing up in Norwich, a surprising city in eastern England, then to the wilds of Norfolk as the only gays in the village. I’m sometimes nostalgic for our encounters with the hopeless, the hapless and, yes, the happy go lucky. They gave me an unexpected tale to tell and for this I thank them.
Published 9 November, 201126 June, 2016

11 thoughts on “Under the Tuscan Sun”