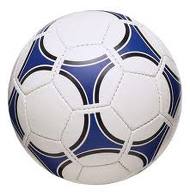 I’ve never really got futbol. In my experience, few gay people do. Having said that, there is a Gay Football Supporters Network and London has its very own gay-friendly team, the London Titans, who play serious soccer in local leagues. So what do I know? Perhaps times are changing and the sport is finally shedding its well-trodden racist, sexist and homophobic image. I suspect the jury’s still out on that one. In any case, it’s too late for me. I’m set in my gay old ways. The only football game I’ve ever attended was when I popped along with my sister to watch my young nephew proudly captain his little league team in a local park. My usually calm and matriarchal sibling was transformed into a screaming harridan. Such is the intoxicating power of the beautiful game.

England gave football to the world then ruined it by exporting hooliganism. The tribal thuggery that afflicted the English game in the 80s and 90s has largely died out but is still alive and kicking in many other corners of the world. Fenerbahçe, one of Turkey’s top soccer teams, had a bit of bother with their own fans of late. Rather than play their matches behind locked gates, they decided to punish their unruly supporters by filling their stadium with women and children only. Men were persona non grata. It was a rip-roaring success that hit the headlines. The ladies electrified the good humoured ambience as they partied in the stands, sang, chanted, waved and danced. They knew all the words and all the moves. Was this a just a cynical gimmick to attract positive PR or a genuine attempt to keep the bad boys at bay and let the ladies shine? Who knows? Still, women are invading the pitch all over the world these days with their own local and national teams. Are Turkish women finally coming out of the kitchen and doing it for themselves? I do hope so. Go girls!

Thanks to Marie for the inspiration for this one.

I Believe the Children are our Future

18 thoughts on “Sisters are Doing it for Themselves”